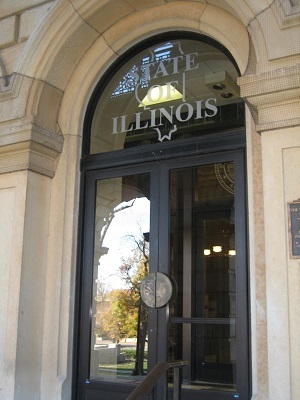 He hasn’t been Illinois’ governor for more than a year, but some of Pat Quinn’s actions are still being weighed by Illinois’ courts.

On Jan. 19, a state appellate court overturned the administrative decision of the Illinois Labor Relations Board to uphold Quinn’s exemption of certain Pollution Control Board employees from collective bargaining.

Appellate Justice John B. Simon wrote the opinion for the three-justice panel of the Illinois First District Appellate Court; justices P. Scott Neville and Daniel J. Pierce concurred, giving a victory to Council 31 of the American Federation of State, County and Municipal Employees.

In considering the appeal — pitting the union against the state, the labor board and the Illinois Central Management Services department — the court had to analyze section 6.1 of the Illinois Public Labor Relations Act, which Quinn signed into law in 2013.

“The Act allows the governor to designate a certain number of state employees as exempt from collective bargaining on the basis that they are managerial-type employees who need to supervise general employees rather than collectively bargain with them,” Simon wrote. “The stated objective … is to promote efficiency in the state government.”

Central Management Services, on Quinn’s behalf and following Labor Relations Act procedures, filed petitions with the ILRB in September 2013 seeking to exempt from collective bargaining the Pollution Control Board employees in question. AFSCME contested the exemptions. According to Simon, “The ILRB disagreed and the matter proceeded to a hearing in which the state called two witnesses who essentially testified that the statute was intended to cover employees of all executive state agencies, including the Pollution Control Board.”

In its appeal, AFSCME cited the statute’s language giving a governor the power to so designate public employees “within state agencies directly responsible to the governor.” The union further pointed to the Executive Reorganization Implementation Act, “which defines the term ‘agency directly responsible to the governor’ as ‘any office in the executive branch of state government’ but explicitly provides that ‘the term does not apply to Pollution Control Board.’ ”

In Simon’s words, the state’s argument essentially asks the court to ignore the “directly responsible to the governor” provision and determine the governor can “designate positions from any executive agency. We decline to do so. We must construe the statute so that each word, clause, and sentence, if possible, is given a reasonable meaning and not rendered superfluous, avoiding an interpretation which would render any portion of the statute meaningless or void.”

More directly, “The Executive Reorganization Implementation Act specifically provides that the Pollution Control Board is not an agency directly responsible to the governor. Therefore, the individuals represented by petitioner are beyond the reach of section 6.1 as they are not in an agency from which the governor can designate positions for exclusion from collective bargaining.”

A different appellate court district recently rejected the state’s argument in a similar case; Simon said the holding applies equally to this matter.

“The Pollution Control Board is classified by statute as an agency not directly responsible to the Governor precisely because it has ‘the primary responsibility of exercising regulatory or adjudicatory functions independently of the Governor,’ ” he wrote. “Permitting the state to apply its broad reading of the statute to the Pollution Control Board would run counter to that statutorily-classified independence.”