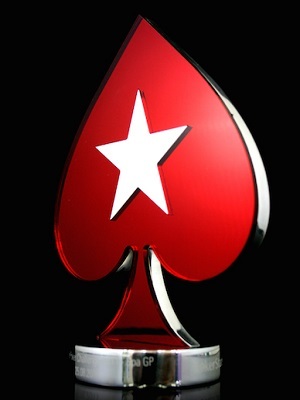 The U.S. Court of Appeals for the Seventh Circuit in Chicago has upheld lower court rulings, saying it’s a bad bet to try to use Illinois state law to recoup gambling losses from the hosts, rather than the winners, of online poker games.

The Jan. 15 decision backed rulings issued in U.S. District Court for Southern Illinois, which had dismissed lawsuits against parties running poker websites. The decision was authored by Judge Richard A. Posner, with the concurrence of Judges William J. Bauer and Michael S. Kanne.

In rendering the decision, the Seventh Circuit commented on the futility of attempts to head off illegal gambling through civil court actions.

“Creating legal remedies for gambling losses as a way to discourage gambling seems a lost cause,” Posner wrote.

The suits sought to recover the money Casey and Daniel lost wagering on the websites. Plaintiffs invoked the Illinois Loss Recovery Act, which allows any person to sue the winner in an illegal gambling operation for triple the amount another person lost, providing the amount lost was at least $50. The mothers pressed the lawsuits because the six-month statute of limitations had passed for their sons to do so; after six months, anyone can lodge such a suit.

The suits did not specify the amounts Casey and Daniel lost, only saying they both lost more than $50. However, the plaintiffs did claim thousands of people lost millions of dollars on the websites. The federal government shut down the sites in 2011.

The suits were moved to Southern Illinois’ federal court in East St. Louis in 2013, where District Judge David R. Herndon granted the defendants’ motions for dismissal in spring 2015 on the ground plaintiffs had failed to show how much was lost, when it was lost and who was the winner. The cases were consolidated and plaintiffs appealed to the Seventh Circuit, where arguments were heard Nov. 2.

The judges noted the law allows recovery of gambling losses from the person who won the money. However, in the Sonnenberg and Fahrner suits, the defendants did not win the money. Rather, defendants raked off a portion of the pot as their commission for sponsoring the online poker games, without a stake in the outcome of the games.

The judges also slapped away plaintiffs’ contention a civil cause of action was needed, so as to deter would-be operators of illegal gambling sites from running such sites. The judges countered criminal penalties for running illegal sites in Illinois should be sufficient to encourage compliance with the law, as first offenses can be charged as misdemeanors and subsequent offenses, as felonies.

At the end of the written decision, Judge Posner noted the weak hand of a gambler who seeks legal redress for his bad bets.

“A gambler knows that the money he puts in the pot is at risk. It is not a risk he has to take; he takes it because he hopes to win the pot, or simply because he likes gambling or risk taking in general,” Posner observed.

“If he loses $50 he may well say to himself ‘I’d rather have won, but $50 wasn’t too high a price to pay for a night of gambling, and en route to losing $50 I did after all win some nice pots and get compliments from the guys I was playing with.’”