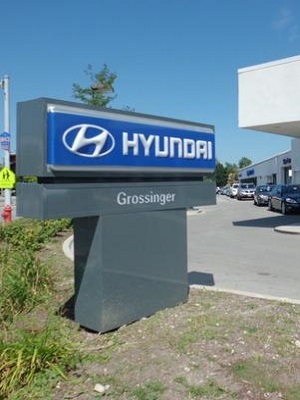 The owners of the Grossinger group of Chicago area car dealerships has asked a Cook County judge to order one of the the nation’s leading rental car operations to pay a toll of more than $1 million for allegedly defaming the auto dealer group in telling customers not to go to Grossinger if they needed a loaner car while their cars were being serviced.

Grossinger Autoplex and Grossinger’s North Autocorp, which include Grossinger’s Kia, Hyundai and Toyota dealerships, filed suit Jan. 21 in Cook County Circuit Court against Enterprise Rent-A-Car for allegedly making “false, disparaging and threatening statements” to Grossinger customers who rented cars while their vehicles were in for service.

The complaint said these “bad faith and strong-arm tactics amount to deceptive business practices” that damaged Grossinger’s business, name and reputation to such an extent it believes Enterprise owes it more than $1 million. The letter led customers to lodge complaints with the Better Business Bureau.

According to the complaint, Grossinger paid Enterprise $35 per day for each vehicle it provided to customers, with the money remitted to Enterprise on a monthly schedule. The customers signed Enterprise rental agreements and supplied credit card information to Enterprise, but Grossinger was to be invoiced for the daily rate.

“Enterprise acknowledged it had computer glitches that would create the discrepancies purportedly underlying” the disputed dollar figure, the complaint said, and Grossinger attorneys allegedly arranged meetings between the parties to address billing errors. But the complaint said “Enterprise attended that meeting not willing to engage in any discussion but rather demanded nothing but full payment of already paid components.”

Grossinger further cited examples of Enterprise directly charging customer credit cards with no notice to the customer or Grossinger. Grossinger said it went so far as to place $40,000 in an escrow account while the dispute was resolved, but Enterprise rejected the offer.