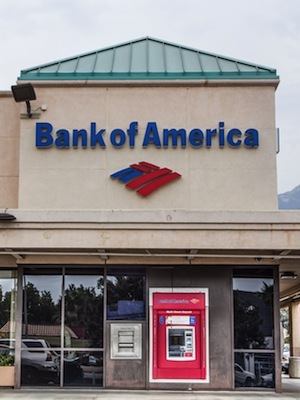 Bank of America is being sued in federal court accusing the national bank of manipulating foreign exchange rates. | Shutterstock

An Illinois appeals panel has backed a Cook County judge’s ruling that Bank of America and a Chicago advertising agency didn’t pull a fast one on a Skokie accountant, by reaching a zero-dollar settlement in a $1 million embezzlement lawsuit, saving the ad agency untold sums in legal fees and shielding the bank from the accountant’s countersuit.

The Jan. 28 judgment from the Illinois First District Appellate Court was authored by Justice David Ellis, with concurrence from Justices Cynthia Cobbs and Nathaniel Howse Jr. The appellate order was filed under Supreme Court Rule 23, meaning it may not be cited as precedent, except in the limited circumstances allowed by the rule.

Adgooroo, a Chicago advertising agency, hired Gary Allen as CEO in 2004. Allen, in turn, hired Jim Hechtman, of The Hechtman Group Limited, of Skokie, as the company’s accountant. Adgooroo has alleged Allen embezzled about $1 million from the company with the help of a fellow employee between 2005 and 2009, by allegedly transferring the money from Adgooroo’s account with Bank of America to Allen’s personal account with the same bank.

Allen was fired in 2009 and Adgooroo sued Hechtman in Cook County Circuit Court for breach of contract, professional negligence, breach of fiduciary duty, conspiracy and fraud. In turn, Hechtman brought a third-party action against Allen, the other Adgooroo employee implicated in the scheme and Bank of America. Hechtman alleged the bank knew Allen was embezzling, because it allegedly authorized Allen’s improper commingling of his and Adgooroo’s funds. Hechtman maintained the bank bore the “primary” blame for the damages Adgooroo sought from him.

Less than two months later, Cook County Judge Kathleen Pantle gave Hechtman permission to file an amended complaint, in which Hechtman alleged Bank of America notified Allen whenever Allen’s account went into the red, encouraging him to transfer money from Adgooroo’s account to his personal account to satisfy his debt to Bank of America.

However, before Hechtman introduced the new version of his complaint, Adgooroo and Bank of America reached a settlement. No money was exchanged, but both sides agreed to refrain from suing each other for any claims arising from Hechtman’s proposed amended complaint, as well as from the Corporate Resolutions agreement between Adgooroo and the bank.

The Corporate Resolutions agreement was put in place to permit the bank to honor checks and orders signed by authorized persons – Allen was one of two such persons authorized for Adgooroo. In the Corporate Resolutions agreement, Adgooroo also consented to pay legal fees and other costs associated with protecting the bank from any litigation for honoring such transactions.

Hechtman claimed, whether or not the settlement was done in good faith, he should be allowed to proceed with his amended complaint. The judge, however, sided with the bank, dismissing the institution from Hechtman’s suit.

Hechtman appealed, arguing the judge wrongly shifted the burden onto him of proving the settlement was done in bad faith. Appellate justices admitted Pantle put the burden on Hechtman, but said she was right to do so.

Justices said the bank and Adgooroo were required to provide a "preliminary showing" of good faith – a low threshold in Ellis' view – with Hechtman, as the objecting party, tagged with contradicting this showing.

Hechtman also contended the zero-dollar settlement was a sham. Ellis, however, found the promise between the parties to not sue each other and the resulting savings in legal costs for Adgooroo to defend both itself and Bank of America against Hechtman’s lawsuit was a bona fide exchange. For its part, the bank benefitted from the settlement by eliminating its liability exposure in Hechtman’s suit.

“It is far from certain, to say the least, that Bank of America was more culpable than Hechtman for the alleged embezzlement,” Ellis asserted. "Bank of America had a strong defense to liability, and plaintiffs had an even bigger incentive to settle.

“Bank of America was simply the depository institution . . . and (was) not obligated to inquire into the wisdom or propriety of the transactions. Hechtman, on the other hand, was Adgooroo’s accountant, who presumably would have paid far more attention to the specific activity in Adgooroo’s corporate account.”