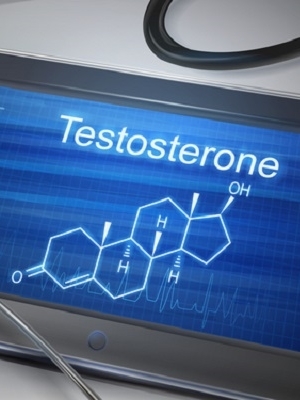 A federal judge has tossed, with leave to amend, the bulk of a federal racketeering and fraud class action brought by an Ohio-based health insurer against Abbvie and other makers of testosterone drugs, saying the insurer has not yet backed up with enough particularity its allegations the drugmakers invented the condition known as “low T,” and, through false marketing to doctors, patients and insurers alike, induced insurers and others to pay far more for the drugs to treat the condition than they otherwise should have.

According to court documents, in the action filed in Chicago federal court in November 2014, MMO alleged they and other third-party payers fell prey to “fraudulent marketing schemes” from the drugmakers to “boost (testosterone drug) sales by deceiving patients, primary care physicians and third-party payers about the drugs’ safety and efficacy for treating certina conditions.” The alleged misrepresentations led the insurers to reimburse payments for purportedly “medically inappropriate (testosterone drug) prescriptions,” court documents said.

MMO said the drugmakers marketed the drugs as “a safe and effective treatment for various ‘off label’ conditions,” court documents said, leading the insurer to file its complaint alleging violations of federal racketeering and mail and wire fraud laws against a subgroup of defendants, including Abbvie, Auxilium, Lilly, Actavis and Endo Pharmaceuticals, and common law fraud counts against all the named defendant drugmakers.

While the testosterone drugs have been approved by the U.S. Food and Drug Administration to treat just one condition, known as “classical hypogonadism,” in which the body does not produce sufficient testosterone to engage in “normal functions.” MMO, however, said the drug companies led patients and doctors to believe the drugs were also “safe and effective” to treat other symptoms and conditions, including erectile dysfunction, diabetes, AIDS, cancer, depression and obesity, amid an “off-label marketing scheme … that promoted the existence of a false disease, called ‘Andropause’ or ‘Low T,’ which they had invented.”

MMO said medical evidence doesn’t back up the drugmakers’ assertions, but “does show that off-label (testosterone drug) use is associated with increased incidence” of a range of potentially deadly circulatory and cardiovascular conditions, including heart attacks, strokes and blood clotting conditions.

The assertions of the drugs’ benefits, however, led to a rash of prescriptions for the drugs to treat a number of “off-label” conditions, leading MMO to pay out large sums in reimbursement. According to court documents, MMO said it paid more than $38.9 million in “unnecessary and unsafe” testosterone drug reimbursements from Nov. 2001 - April 2015.

MMO’s lawsuit comes against the backdrop of consolidated nationwide multi-district litigation proceedings pending against the drugmakers in Chicago federal court from hundreds of named plaintiffs who claim the testosterone drugs harmed them.

In those cases, federal court documents indicate the court will select certain “bellwether” cases to head to trial. Those cases will be selected later this year, and the trials are expected to begin in the spring of 2017.

In response to the MMO lawsuit, most of the drugmakers joined in a motion to dismiss the insurers’ action, saying MMO and its putative fellow class members don’t have standing to sue, they didn’t file their complaint in time and their allegations that the drugmakers’ marketing was the reason they paid what they did for the testosterone drugs are not specific enough to allow the case to move forward.

Drugmakers, for instance, argued MMO did not present a single, specific instance of a doctor prescribing nor a patient demanding reimbursement for the testosterone drugs based specifically on the drugmakers’ marketing.

And the drugmakers argued MMO and other insurers had placed the drug on their “formularies,” or lists of drugs approved for reimbursement, and thus likely could not have turned down reimbursement demands from patients even if the insurers had known of the alleged fraudulent marketing.

The judge, however, said the insurer cleared all of those hurdles at this stage in the proceedings, noting the drugmakers had directed their allegedly misleading marketing to insurers, as well as to patients, and the resulting decision by the insurers to place the drugs on their formularies and reimburse the prescription costs marked an economic injury for which the insurer can sue.

“Plaintiff alleges that the … defendants created a false disease and claimed that their drugs could treat it safely and effectively; concealed evidence of the drugs' risks; distorted the scholarly literature about their drugs and about their false disease; and launched nationwide campaigns to make false representations about their drugs to consumers, physicians, and (third-party payers),” the judge wrote. “Accepting these allegations as true, as the Court must do at this stage, one can reasonably infer that at least some of the $38,962.566.73 plaintiff paid (for testosterone) drugs was likely spent on drugs for which it would never have paid absent defendants' alleged schemes.”

The judge also noted the insurer has procedures in place that would allow it to restrict reimbursements for off-label use of the testosterone drugs, if MMO had known of the allegedly fraudulent claims.

The judge, though, said the defendant drugmakers were correct in asserting MMO has not yet declared with enough specificity precisely who made fraudulent misrepresentations, and to whom; when they were made; and how.

“Plaintiff alleges generally that defendants made direct misrepresentations or fraudulent omissions to it, whether in person, in writing or by telephone,” the judge said. “One would expect plaintiff to have information about the approximate dates and locations (if done in person), as well as information about the contents of the alleged misrepresentations or omissions.

“Under the circumstances, it is not unnecessarily burdensome to require plaintiff to include such information in its complaint.”

Kennelly gave MMO until March 3 to amend its complaint to cure the deficiencies.

MMO is represented in the action by the firm of Simmons Hanly Conroy, of Alton; Kanner & Whiteley, of New Orleans; and Simmer Law Group, of Washington, D.C.

The drugmakers are defended by attorneys with the firms of Patterson Belknap Webb & Tyler, of New York; Kaye Scholer LLP, of New York; Reed Smith LLP, of Los Angeles; Foley & Lardner LLP, of Boston; and Mayer Brown LLP, of Chicago.