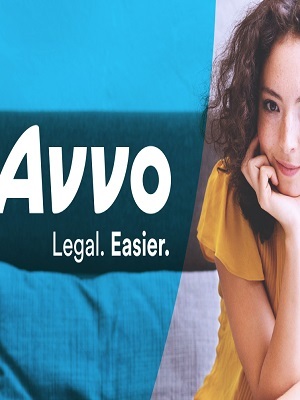 A Chicago attorney has filed a class-action lawsuit against Avvo, an online directory that allows consumers to search for attorneys by city, name or area of practice, claiming the website is making money from her information and that of other lawyers without permission.

Attorney Moria Bernstein filed the case on behalf of herself and all other Illinois attorneys who have not paid Avvo for any of its marketing services. She is being represented in the suit by attorney Thomas A. Zimmerman and others with Zimmerman Law Offices, of Chicago.

Bernstein operates the Law Offices of Moria Bernstein, a solo family and real estate law practice on the 21st Floor at 1 S. Dearborn Street, in Chicago’s Loop, according to online records.

In describing Avvo’s business model, Bernstein’s suit claimed Avvo created its legal directory by scouring public records such as bar admissions and other court and regulatory records, “without any input, involvement or consent of the attorneys listed in the directory.” According to court documents, Avvo does not charge attorneys to be listed in the directory and does not charge consumers to use it; its revenue stream comes from attorneys who pay for “sponsored listings.” Sponsored listings put the name, photo, contact information and review - known as an “Avvo Rating” - of a paying attorney on the profile page of a non-paying attorney practicing the same kind of law in the same geographic area, giving the attorneys with the sponsored pages marketing space on the profile pages of their direct competitors.

The suit noted that attorneys can pay an additional fee for a program called Avvo Pro. Avvo Pro subscribers pay a monthly fee, and competitor sponsored listings are not placed on their profile page.

Bernstein has not subscribed to Avvo’s sponsored listing or Avvo Pro programs, the complaint said. Her profile page on the site includes her areas of practice, her office address, contact information, the dates of when she first acquired her license and when it was last updated, where she attended law school, and whether there are any instances of professional misconduct on her record – information Bernstein said, when taken in total, constitute her professional identity. The complaint noted some attorney profiles also include previous employers and specific cases they have tried.

“Plaintiff and members of the Class are clearly identified through the profile pages Defendant created in their names and likenesses,” the suit states.

Near the top of Bernstein’s profile are three sponsored listings for competing attorneys.

The suit alleged Avvo’s actions violated the Illinois Right of Publicity Act, which states, “A person may not use an individual’s identity for commercial purposes during the individual’s lifetime without having obtained previous written consent from the appropriate person or persons.” The penalty for violating the act is either actual damages and profits derived from the unauthorized use or $1,000 per violation, whichever is greater.

The suit also said Avvo misappropriated Bernstein’s identity and those of other Illinois attorneys listed on the site. For Avvo to be found in violation of this law, Bernstein need not prove actual damages, but must show that the site appropriated attorneys’ names or likenesses without consent for its own benefit, the complaint said.

In her complaint, Bernstein asked the court to issue an injunction forcing Avvo to stop profiting from the profiles of non-paying attorneys, as well as monetary relief to be determined at trial, including statutory and punitive damages, court costs and attorney fees.

Bernstein has requested a jury trial.