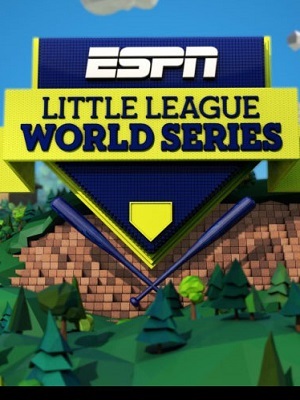 Parents of players on a controversy-plagued Chicago Little League baseball team are striking back against organized baseball and national media outlets the parents say wrongly accused them and their children of cheating to win the U.S. Little League crown.

In a complaint filed Feb. 11 in Cook County Circuit Court, parents of 13 players on the Jackie Robinson West team that nearly won the 2014 Little League World Series took aim against the team organization and two of its employees, as well as Little League baseball, the Evergreen Park Athletic Association and sports cable television network ESPN and one of its prominent on-air personalities, sports pundit Stephen A. Smith.

The team won the United States bracket of the 2014 LLWS before falling 8-4 to world bracket champion South Korea in the title game. The Chicago team’s ride through the ESPN-televised tournament generated national publicity, in part linked to the fact the entire roster was comprised of African-American players, a generational anomaly for the LLWS.

The following February, Little League stripped JRW of its victories and titles after the team was found guilty of using ineligible players based on the league’s legal boundaries.

One of the plaintiffs is Darold Butler, a coach on the tournament team who submitted a “residency binder” to Little League through Central Region Tournament Director Scott Spillman.

“That residency binder included the JRW Map, the birth certificates of each participating player and the proof of residency documents for each JRW tournament team player,” the complaint stated, putting the onus on Little League for reviewing the data and confirming eligibility.

The complaint said Little League was, at the time, “aware of the potential residency issues … but chose to ignore and/or deliberately conceal these facts in order to garner higher ratings, publicity and money.”

The title contest against South Korea was played Aug. 24, but the complaint asserted Haley delayed until Sept. 9 telling two of the 13 players they were ineligible. Yet on Nov. 6, Little League organized a White House trip for the JRW team and arranged for players to attend Major League Baseball World Series games in San Francisco.

“Little League CEO Steve Keener and Rules Chairman Pat Wilson accompanied the JRW Team to the White House and are included in the picture with President Barack Obama,” the complaint stated.

As Keener “made public statements clearing JRW of any wrongdoing,” Chris Janes, of the Evergreen Park Athletic Association, filed a grievance with Little League about the residency issue, though such issues are to be raised before the tournament is completed, the complaint asserted.

ESPN broke the news of the title-stripping on Feb. 11 — before any of the plaintiffs had been told of the decision. Smith discussed the situation on “First Take” that morning, singling out Butler and allegedly implying he is a criminal.

The complaint included counts alleging Little League acted outside its legal authority; that JRW and Little League were unjustly enriched by the episode; and that all the defendants intentionally inflicted emotional distress on the parents and the players. The complaint also slapped counts of defamation and false light against ESPN and Smith, who, the complaint alleged, “directly accused the JRW Parents of perpetrating a fraud against the Little League,” and an invasion of privacy count against Janes and the EPAA.

In addition to awards of at least $50,000 for each count, the parents also want the court to reinstate the team’s victories and championships.

The JRW parents are represented in the action by attorneys James A. Karamanis, Shane M. Bradwell and Kenneth A. Nazarian, of the firm of Barney & Karamanis, of Chicago.