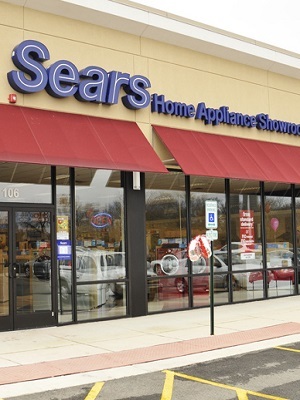 More than 10,000 people who paid to fix problems with certain kinds of Kenmore and Whirlpool washing machines sold by Sears could be in line for some money in coming months, as a Chicago federal judge approved a settlement agreement to end nearly a decade of litigation over the reliability of those home appliances.

However, just how much the attorneys who led the class action should be paid from the case remains an open question, as the judge waited to weigh in on the plaintiffs’ attorneys demands that Sears and Whirlpool pay them more than $6 million in fees and costs - demands Sears and Whirlpool argued were out of line with the approximately $890,000 amount the companies believed consumers will actually receive from the deal.

On Feb. 17, U.S. District Judge Mary M. Rowland gave final approval to the settlement agreement between plaintiffs and defendants Sears Roebuck & Co. and Whirlpool Corporation over the lawsuit, which dates to 2006.

The plaintiffs further alleged the machines’ defective design, which did not allow the machines to “circulate and drain completely,” allowed mold and mildew to grow inside the machines.

The litigation was expanded to two classes of plaintiffs: a nationwide class, covering people who purchased Kenmore machines, and a class limited to plaintiffs in California who purchased certain Whirlpool-brand washing machines, which allegedly experienced similar problems because of a similar alleged design defect.

In all, the classes could have included more than 500,000 people across the U.S.

A trial was scheduled to be held on the case in Chicago in July 2015. But weeks before that trial’s scheduled start date, the two sides reached a settlement agreement.

According to memoranda filed in support of the settlement agreement by both sides, Sears and Whirlpool agreed to pay anyone with valid claims – meaning, someone who had documentation to prove they had paid to repair the washing machine to fix the specific problem alleged in the litigation within three years of purchasing the appliance – the full amount of their repair costs.

According to court documents, as of the claims deadline in December, more than 10,000 people had submitted potentially valid claims. Of those paid to date, the average claim amount was about $250.

While the judge signed off on those terms at the hearing on Feb. 17, she did not render a ruling on the attorneys’ fee request.

Class counsel, which included attorney Steven A. Schwartz, of the firm of Chimicles & Tikellis, of Haverford, Pa., and James Rosemergy, of the firm of Carey, Danis & Lowe, of St. Louis, had requested $6 million in fees in a motion submitted in November.

However, in early January, Sears and Whirlpool disputed that fee request, telling the judge they believed the attorneys’ request was “inflated” and should instead be limited to about half of what class members should expect to receive, or at least no more than $890,000. The companies cited precedent, which they argued meant a fee award should not be based solely on how much time plaintiffs’ attorneys can reasonably claim they worked on the case, but also how much money and other awards they actually obtained for the named plaintiffs and class members. In this case, they argued fee demands were far out of proportion to the size of the settlement.

Rowland said a written opinion would follow, but for now she would take the fee request and related arguments “under advisement.”

Sears and Whirlpool were represented in the action by attorneys from the firms of Wheeler Trigg O’Donnell, of Denver, and Barnes & Thornburg, of Chicago. Whirlpool was represented individually by the firm of Bartlit Beck Herman Palenchar & Scott, with offices in Chicago and Denver.