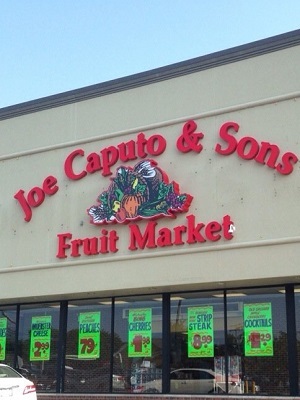 Already under a court order that liquidated some of its assets to pay a different produce supplier, suburban supermarket chain Joe Caputo & Sons could now face claims from more suppliers of fresh fruits and vegetables, who have asked a federal judge to let them make their case why the supermarket business should pay them almost $1.1 million for produce they say Caputo’s received, but has yet to pay for.

Each of the four potential intervening plaintiff companies are based in the 2400 block of S. Wolcott Avenue, just south of S. Blue Island Avenue in Chicago’s Lower West Side neighborhood. According to state corporation records, Robert W. Strube III, of Lisle, serves as president of Strube Celery; La Galera is run by Jose and Francisco Vega, of Justice, and Erica Vega, of Bensenville; Nicholas Doumouras is listed as president of Olympic Wholesale Produce; and City Wide is led by company president, John Maentanis.

Earlier this month, Der-Yeghiayan granted a temporary restraining order requested by Marano, allowing the Chicago-based produce supplier to shut down Caputo’s Elk Grove Village store and seize control of Caputo’s other assets to satisfy a $3.6 million bill Marano’s said Caputo’s owed for unpaid invoices for fruits and vegetables delivered to each of its suburban stores since June 2015.

The Elk Grove store closed Feb. 14, leaving the chain with three remaining locations in Des Plaines, Palatine and Algonquin. At one point in 2015, Joe Caputo & Sons operated six stores, including locations in Arlington Heights and Northbrook, as well, before closing those two last fall.

The restraining order also gave Marano, through its attorneys, the power to “delegate the day-to-day operations of the Des Plaines, Palatine, Algonquin, Northbrook, Arlington Heights, and Elk Grove stores until payment in full is received, a sale of a particular store occurs, or a complete liquidation of all the stores’ assets occurs.”

The order had been given under federal law which requires grocers to hold in trust sufficient money to pay its perishable food suppliers on demand.

A hearing for a preliminary injunction to potentially extend Marano’s sway over the company had been scheduled for Feb. 25. But on Feb. 18, Marano’s asked Der-Yeghiayan to lengthen the temporary restraining order, and push back the hearing date for the injunction. Der-Yeghiayan had not yet ruled on that request, as of Feb. 24.

At the same time, the four other produce wholesalers had asked the judge to also recognize their claims under the same federal law to similar relief, as they, too, had supplied Joe Caputo & Sons stores with produce, but had similarly not been paid. The current court order, they said, would give Marano relief, while jeopardizing the ability of the other produce suppliers to collect their unpaid invoices, as well.

Strube, La Galera, City Wide and Olympic are represented in the action by attorney Mary Jean Fassett, of McCarron & Diess, of Washington, D.C., and attorney William B. Kohn, of Chicago.

Marano is represented by attorney Robert B. Marcus, of Maksimovich & Associates, of Lyons.

Joe Caputo & Sons and individual defendants associated with the grocer are being defended by attorney David R. Herzog, of Herzog & Schwartz, of Chicago; David E. Heiss and Megan E. Ritenour, of Fisher Kanaris, of Chicago; and attorney Robert J. Irsuto, of Schaumburg.