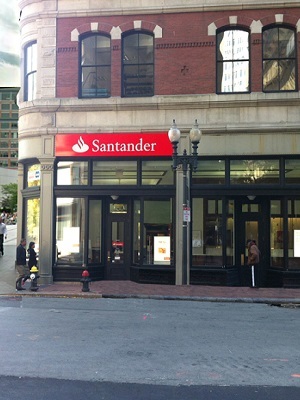 A Chicago woman will be allowed to pursue a racial discrimination claim against the finance company that handled her car loan, though the company was successful in having other parts of the complaint dismissed.

Plaintiff Joyce Pettye had sued Ft. Worth, Texas-based Santander Consumer USA, claiming the company violated the Truth in Lending Act and the Illinois Motor Vehicle Retail Installment Sales Act in selling her an $895 liability protection plan. She claimed the plan is useless because it is limited to contracts with an annual percentage rate of 24 percent or less; her APR was 27.06. She also argued she was not told the plan was optional and said it should have been listed as a finance charge instead as part of the amount financed.

Pettye amended her complaint in November, adding an alleged violation of the Equal Credit Opportunity Act. An African-American, Pettye argued Santander discriminated in the way it finances subprime car loans.

On March 5, 2015, Pettye bought a 2012 Ford Focus from Al Piemonte Super Car Outlet in Northlake for $13,000, according to court documents. She agreed to make 72 monthly payments. With taxes, finance charges and fees, the total price was $29,785. Santander financed Pettye’s retail installment contract, which included the $895 GAP Addendum giving rise to the Truth in Lending claim. GAP is an optional protection program absolving the buyer of liability for the unpaid balance of the contract in the event of a total loss.

St. Eve said Santander was not the originator of this agreement, but rather, the assignee, which should dramatically limit its Truth in Lending Act liability, specifically in regard to how the charge was identified on the final paperwork. Further, St. Eve determined the optional nature of the GAP addendum makes Pettye’s contention the GAP coverage is worthless, because her APR exceeded the maximum allowable for coverage, a matter of contract law, not Truth in Lending. Ultimately, St. Eve said the conspicuous wording above the signature line indicating purchase is optional is sufficient to dismiss the TILA claim.

St. Eve, however, said Pettye’s discrimination complaint was on firmer legal footing. In that portion of her lawsuit, Pettye contended “Santander’s discretionary credit pricing policy and practice, although facially neutral, has a disproportionately negative effect on African-American women. … (that) specific pricing and markup policies involve discretionary nonrisk-related charges or add-ons, such as the GAP Addendum, and that, as applied, the average add-ons imposed on African-American women were significantly greater than on white consumers.”

She specifically challenged “Santander’s practices of permitting dealer rate markups and paying dealers ‘reserve’ or ‘participation’ for negotiating such markups, and encouraging and incentivizing dealerships to impose rate markups and add-ons.”

St. Eve noted Pettye isn’t required at this stage of the proceedings to prove the discrimination actually occured, only to sufficiently allege facts that warrant further consideration at trial. Pettye, the judge wrote, “sufficiently alleged that (Santander’s) discretionary pricing policies result in African-American women experiencing worse credit loan outcomes when compared to the population at large.”

Pettye was represented in the action by attorneys James Batson, of Chicago, and Christopher Langone, of Evanston.

Santander was represented by attorneys with the firm of Reed Smith LLP, with offices in Chicago and Pittsburgh.