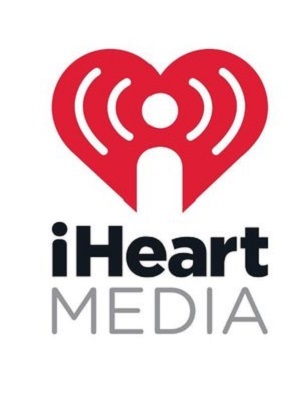 One of the country’s largest radio networks, and the parent company of several Chicago stations, has been served with a class action lawsuit alleging it violated federal law when it replied to listeners’ song requests and other text messages with texts containing advertisements for online games, apps, convenience stores and other sponsors.

On Feb. 19, plaintiffs Nicholas Willis, of Illinois, and Beth Shvarts, of New York, filed suit in Cook County Circuit Court against iHeart Media. The lawsuit said it was filed on behalf of the named plaintiffs, and potentially on behalf of thousands of others who, like them, sent text messages to stations run by iHeart Media.

The plaintiffs are represented in the action by attorneys with the firms of Edelson P.C., with offices in Chicago and San Francisco; Marcus Law LLC, of Ocean, N.J.; and The Glapion Law Firm, of Neptune, N.J.

According to its website, iHeart Media operates 858 FM and AM radio stations in more than 150 U.S. markets. In Chicago, the company owns and operates such stations as WGCI 107.5 FM and WLIT 93.1 FM, among others.

According to the complaint, iHeart Media has grown its advertising reach by interacting with listeners by way of their mobile phones, regularly asking listeners to text in song requests, enter contests and otherwise interact with their stations of choice.

The complaint alleged iHeart then would send back replies thanking the sender for their text messages, with an advertisement for certain products, stores and other sponsors added at the end.

Willis and Shvarts, for instance, said they texted iHeart Media using station-provided “short codes,” such as “55100,” to enter iHeart contests. The complaint cited one particular text message reply from iHeart’s Elvis Duran Show, which said: “Thanks for texting the studio! While you’re at it play us in the brand new version of Words with Friends!” The message also included a link to access the game.

Other text message replies cited in the complaint included similar ads for a trampoline park, a “school of media arts” and Circle K Convenience Stores.

The complaint alleged these text messages violated federal telecommunications law because the advertisements were sent for companies and products not affiliated with iHeart, and were sent without any kind of notice or warning to listeners that they might receive an advertisement in their text inbox.

The complaint said iHeart’s use of the text messaging short codes with automated replies serves as little more than a way for the broadcasting group to collect mobile phone numbers and use them to increase advertising revenue.

According to the complaint, plaintiffs asked the judge to expand the lawsuit to include potentially thousands of other iHeart listeners who received automated iHeart text replies containing advertisements since Oct. 16, 2013.

The complaint asked the court to order iHeart to pay unspecified “actual and statutory damages,” plus attorney fees, and issue an injunction barring iHeart from sending any more automated replies with advertising.