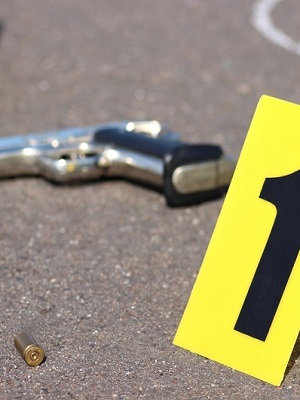 A Cook County judge has abruptly ended an attempt by a coalition of Chicago community activists, including Fr. Michael Pfleger and others, to use an Illinois civil rights law to force suburban communities to more stringently regulate gun shops operating within their borders, who the activists say are responsible for a disproportionate share of the firearms used by criminals and gangbangers to terrorize Chicago’s poorest neighborhoods.

On Feb. 25, Cook County Circuit Judge Franklin Ulysses Valderrama dismissed in its entirety the complaint brought against the villages of Riverdale and Lincolnwood by a group known as The Coalition for Safe Chicago Communities. Named plaintiffs in the action also included Pfleger, the Rev. Robin Hood, Louvenia Hood, Annette Nance-Holt and Pamela Montgomery-Bosley.

The lawsuit, filed in July 2015 alleged the villages, located in suburban Cook County, allowed gun shops in their communities to “sell guns in a manner that disproportionately jeopardizes the lives of African-Americans, causes mental anguish and distress and diminishes the value of their homes and other property.” This, the activists’ complaint said, violated the Illinois Civil Rights Act of 2003, which forbids municipalities from engaging in policies that create have a disparate negative impact on racial and ethnic minorities.

The complaint relied heavily upon a report, titled Tracing the Guns: The Impact of Illegal Guns on Violence in Chicago, which was published in 2014 by the city of Chicago. The report indicated about 20 percent of firearms seized by police at crime scenes come from four firearms dealers, including Shore Galleries in Lincolnwood and Chuck’s Gun Shop in Riverdale.

According to the activists, the report called on communities like Lincolnwood and Riverdale to enact “the kind of comprehensive ordinances … adopted by the city of Chicago to curtail the flow of illegal firearms.”

The plaintiffs asked the judge to issue an injunction forcing the villages to “put in place … the kind of measures recommended” by the Chicago gun violence report.

In response, the villages asked the judge to dismiss the lawsuit, saying the plaintiffs lacked standing under the law to bring the lawsuit in the first place, and even if they did have the right to sue, had not actually demonstrated the villages had discriminated against anyone. They also argued the courts lacked the authority to order the villages to enact any specific ordinances or rules governing how they would regulate the gun shops within their borders.

Valderrama sided with the villages.

The judge said he shared the activists’ contention that the Chicago neighborhoods most afflicted by violence, and the region, as a whole, would be better off if the suburban villages adopted the licensing restrictions recommended by the Chicago gun violence report.

But Valderrama said the Coalition’s attempt to compel the villages to change their licensing regulations to more closely mirror those on the books in Chicago fell short under the law.

Valderrama said the villages were correct in arguing the plaintiffs lacked standing to bring their legal action, as their allegations – that the guns from the suburban gun shops were used in too many Chicago street crimes, and that the violence isolated and economically depressed already poor communities in the city - centered not on a concrete, actual injury caused to any of them by the village’s alleged lack of regulation, but rather were “generalized” grievances not sustainable under the state civil rights law.

But even if the plaintiffs could establish standing to bring the action, the judge said their case fell short altogether, as it failed to establish a legally recognizable link between the suburban villages’ policies and the gun violence in the Chicago neighborhoods. The judge particularly noted even the report, which formed the basis of the plaintiffs’ lawsuit, “does not attribute illegal firearm sales and gun violence to the defendants’ regulation of firearms dealers.”

The judge did not offer an opinion on the villages’ argument related to the separation of powers.

The Coalition was represented in the action by attorneys with the firm of Despres, Schwartz & Geoghegan, of Chicago.

The villages were represented by the firm of Odelson & Sterk, of Evergreen Park.