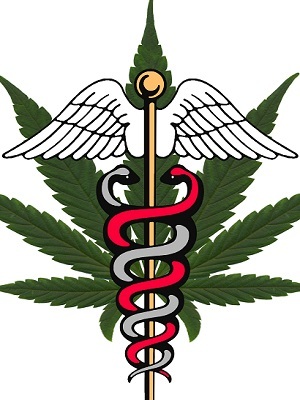 Catholic Charities has asked a Cook County judge to overrule the Chicago Zoning Board’s permission for a medical marijuana dispensary to open near a Lakeview shelter for women and children it operates, saying the Zoning Board improperly overlooked the shelter’s unlicensed child care service when determining there were no day care centers or schools within 1,000 feet of the planned dispensary site.

In a Cook County Circuit Court complaint filed Feb. 24, Catholic Charities of the Archdiocese of Chicago asked the court to halt operations at the MedMar dispensary at 3812 N. Clark St. The charity argued the center is illegal under a state law that prohibits marijuana dispensaries “within 1,000 feet of the property line of a pre-existing public or private preschool or elementary school or secondary school or day care center, day care home, group day care home or part day child care facility.”

Catholic Charities operates a nearby shelter for women who are victims of domestic violence, and that facility includes child care services. In granting MedMar permission to open at its location, the complaint said, the zoning board violated the charity’s right to due process by overlooking the shelter and its associated child care service when evaluating MedMar’s application.

Though the shelter dates to 1980, Catholic Charities assumed ownership in July 2015. About 40 women and children live in the 14 on-site apartments, and children who are too young for school can be cared for in a separate location on the same campus, the complaint said. The complaint said the child care service should fit the definition of a day care center as set forth in the state’s 1969 Child Care Act, and which the city used when establishing the rules governing placement of medical marijuana dispensaries.

Originally, MedMar sought to open the dispensary at 2843 N. Halsted St. Although the Illinois Department of Financial and Professional Regulation approved MedMar’s application on Feb. 2, 2015, the zoning board denied the special use permit application in March amid opposition from neighbors. MedMar then submitted a location change request to IDFPR identifying the Clark Street location. Included in that document was MedMar’s assurance there was no child care facility within 1,000 feet, something MedMar purportedly asked the city’s planning department attorney to verify on Sept. 25, 2015.

According to the complaint, “MedMar was aware of the Center and its location (but) did not disclose the existence of the Center or its location to the city of Chicago’s Department of Planning and Development” as is required under Administrative Code.

Near the end of October, the zoning administrator responded to MedMar’s Sept. 25 request, stating, “there are no existing schools or licensed day care centers within 1,000 feet of this location” and further noting she couldn’t confirm or deny the existence of any home day care centers in the relevant radius.

On Nov. 17, MedMar filed a special use permit request with the planning department. IDFPR approved the change request on Dec. 8. The Zoning Board conducted a public hearing Dec. 18, at which Catholic Charities spoke in opposition. The Zoning Board chairman, however, “refused to hear testimony” and said, because the shelter lacked an official day care license, the shelter was excluded from the 1,000-foot radius stipulation.

The Zoning Board approved MedMar’s permit on Jan. 19, stipulating the question of whether Catholic Charities operates a day care, per the Cannabis Act, is a matter for the state to decide.

Catholic Charities asked the court to immediately stay the Zoning Board’s decision pending final disposition of the case and to either reverse the approval of the special use permit or remand for further proceedings.

Also at issue are whether the MedMar security cameras pose a unique security risk to the center’s residents and patrons. The complaint, however, noted that does not appear to be a stated concern under the state’s medical marijuana law.

Attorneys for Catholic Charities are Catherine W. Joyce, of Winston & Strawn, of Chicago, and Todd J. Ohlms, of Freeborn & Peters, of Chicago.