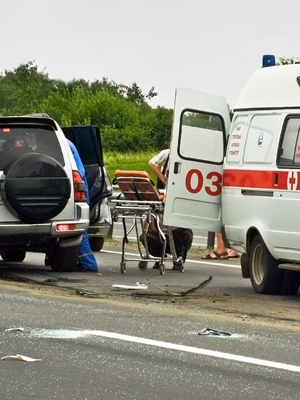 CHICAGO — The administrator of a deceased man's estate has sued a motorist in a wrongful-death claim.

The plaintiff sued on Feb. 29 in Cook County Circuit Court alleging that a vehicle driven by Dunn struck Benjamin Allison while he was walking on Jan. 24 in the Illinois city of Normal, causing his death. The suit claims Dunn breached his duty of care in one or more ways, including disregarding a traffic-control device and driving under the influence of alcohol or a controlled substance or in an impaired condition.

According to the complaint, the plaintiff alleges that, on Jan. 24,2015, she has suffered a considerable monetary loss and mutual benefits loss. The plaintiff holds Joshua M. Dunn responsible because the defendant allegedly failed to exercise ordinary care by not keeping a sufficient lookout while driving an automobile.

The plaintiff seeks compensation for an amount in excess of court's jurisdictional requisite plus the costs of suit. She is represented by Telly J. Liapis of Ankin Law Office LLC in Chicago.

Want to get notified whenever we write about Ankin Law ?

Sign-up Next time we write about Ankin Law, we'll email you a link to the story. You may edit your settings or unsubscribe at any time.