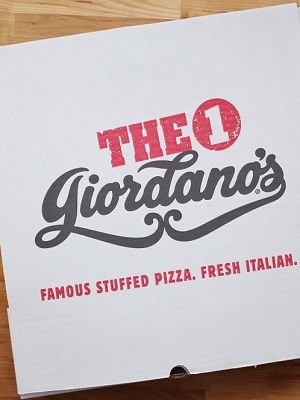 A Chicago area businessman, who was stripped of his rights to run two suburban Giordano’s restaurants amid a messy dispute with the pizza chain over his alleged financing of his relatives’ purchase of the competing Leona’s restaurant chain, has sued his former lawyer, claiming the attorney and his firm should pay for leaving him in the lurch just before arbitration proceedings that resulted in an arbitration judgment purportedly ordering him to pay Giordano’s millions.

Theodore “Ted” Mavrakis filed his complaint in Cook County Circuit Court on Feb. 24, alleging attorney Paul Festenstein and the law firm of Condon & Cook, of Chicago, at which Festenstein is a partner, owe him for legal malpractice related to his legal imbroglio with Giordano’s.

According to the complaint, Mavrakis hired Festenstein and his firm to represent him after Giordano’s brought a legal action against Mavrakis in 2014, alleging Mavrakis, who had owned the Giordano’s Famous Stuffed Pizza restaurants in Evanston and Morton Grove, had violated his franchise agreement by helping family members and a business partner acquire all but two of the Leona’s chain of Italian restaurants in 2013.

Specifically, Victory Park Capital Advisors LLC, through the corporate entity VPC Pizza Franchise, alleged in its complaint Mavrakis’ involvement in the acquisition of Leona’s violated the non-compete provisions of his franchise agreement and that he planned to convert his Giordano’s restaurants to the Leona’s brand.

Mavrakis denied the allegations, and argued he had no involvement in operating Leona’s.

The matter went to arbitration, and was resolved in May 2015, according to Cook County court records. In published reports, Giordano’s said it had terminated Mavrakis’ franchise rights, under the arbitrator’s judgment, and Mavrakis would close his Giordano’s restaurants.

In his complaint against Festenstein, however, Mavrakis noted the arbitration action also resulted in a “multimillion dollar judgment” entered against him.

Mavrakis laid the blame for the judgment wholly at the feet of Festenstein and Condon & Cook, who allegedly advised him to continue litigating the matter, even though they allegedly knew the case was one Mavrakis “was likely to lose.” Mavrakis said Festenstein and the Condon firm failed to advise him of “the likely outcome,” dissuaded him from settling to end the matter before it reached arbitration and then, shortly before arbitration proceedings were set to begin, decided to no longer represent Mavrakis “leaving (him) in the lurch.”

Whether Mavrakis has the right to bring his malpractice claims against his former lawyers remains an open question, however. Condon & Cook sued Mavrakis in November 2014, alleging he had failed to pay them for their work on his case. That complaint only specified Mavrakis owed more than $30,000, and the case was settled.

However, in subsequent proceedings surrounding that lawsuit, a Cook County judge had ruled Mavrakis in the settlement agreement with Condon & Cook had waived his rights to sue for malpractice.

Mavrakis has appealed that ruling to a state appellate court. He noted in his lawsuit against his former lawyers that his lawsuit was brought, in part, to prevent the statute of limitations from running out before the appeal can be decided.

Mavrakis’ new complaint also included an allegation that Condon & Cook have wrongly recorded a lien against some of his property, recording a memorandum of judgment with the Cook County Record of Deeds office against his title, when, Mavrakis asserted, no such judgment against him existed.

Mavrakis asked the court to remove the lien, and award him more than $50,000 in compensatory damages and unspecified punitive damages.

He is represented in the action by attorney Arnold H. Landis, of Chicago.