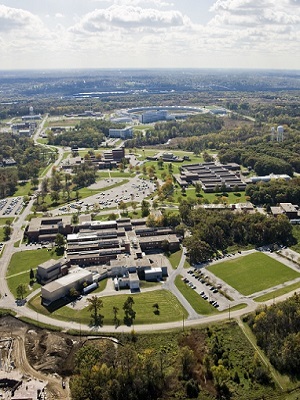 A former Argonne National Laboratory employee has struck out in his attempt to sue the lab and some DuPage County Sheriff's deputies for allegedly wrongly accusing him of theft, and then firing him.

Federal judge Matthew F. Kennelly on March 5 dismissed the complaint of Michael Polowinczak, of Lemont, who first worked at Argonne as a machinist in 1989. Polowinczak joined the optics department in 1998, rising to the post of lead optician, which he held until mid-July 2013.

He twice amended his claim, and the final version Kennelly considered had just four claims — arrest without probable cause, and state-level claims of retaliatory discharge and the two emotional distress claims. The defendants moved for all claims to be dismissed.

The original complaint relied heavily on the events of July 12, 2013. On that date, two DuPage County Sheriff’s deputies stopped Polowinczak’s private vehicle on the Argonne campus. Polowinczak said the deputies did not say why they ordered him to pull over his car and that they harassed him and searched the vehicle. The deputies purportedly found and, allegedly without permission, opened a black bag containing gloves, safety glasses, batteries, sunglasses, industrial tape and other items, all of which Polowinczak said were either Argonne property or which Argonne authorized him to possess. His job required him to transport lab property in his private car.

Polowinczak was given a citation for improper display of license sticker and expired registration. But the deputies also arrested him on charges of theft of Argonne property. The deputies took him to the DuPage County Jail where he was booked and detained before posting bond. He has alleged the deputies convinced Spizzirri, the operations leader of Argonne security, to file a misdemeanor complaint for the property theft.

Argonne used the criminal charges to justify firing Polowinczak. He ultimately was acquitted, but Argonne did not reinstate his employment.

In his opinion dismissing the latest iteration of Polowinczak’s lawsuit, Kennelly said the officers never stepped over the line in detaining, searching and ultimately arresting Polowinczak.

With all federal law and constitutional matters resolved, Kennelly said legal precedent did not allow him to continue to preside over Polowinczak’s claims brought under state law. He then dismissed the three remaining claims for lack of jurisdiction.

Polowinczak was represented by attorney Anthony J. Peraica, of Chicago.