Appeals court: Malpractice claim vs Chuhak can be put on hold until criminal case resolved vs lawyer over fuel tax credit scheme 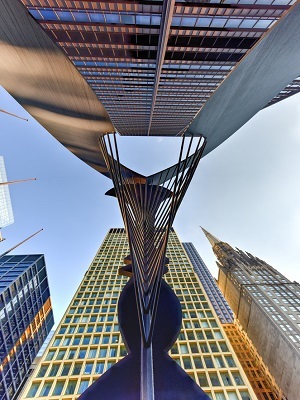 A state appeals panel has decided a Cook County judge was correct in slapping a stay on a legal malpractice claim against Chicago law firm Chuhak & Tecson over allegations the firm misled investors into sinking money into buying into federal nonconventional fuel tax credit partnerships, saying, while plaintiffs may wish to move ahead with their lawsuit, the case must take a backseat for now to a criminal tax case pending against the indicted lawyer who, while individually not a party to the legal malpractice claim, allegedly led the fuel tax credit scheme.

On March 21, a three-justice panel of the Illinois First District Appellate Court upheld the ruling of Cook County Judge Raymond Mitchell, who had said the investors’ case overlaps too closely with the criminal case pending against former Chuhak lawyer Gary Stern, making it all but impossible to fairly try the civil litigation against the Chuhak firm while Stern’s criminal proceedings lingered.

“As plaintiffs readily agree, Stern is alleged to be the architect of the alleged tax schemes at issue here,” the appellate justices wrote. “Thus, his testimony is crucial in determining what role, if any, and therefore what liability, if any defendant may have.

“We find nothing … that shows the court acted arbitrarily without the employment of conscientious judgment, or exceeded the bounds of reason and ignored recognized principles of law.”

The appellate order was issued under Supreme Court Rule 23, which limits its use as legal precedent. The order was authored by Justice Maureen E. Connors, with justices Joy V. Cunningham and Sheldon A. Harris concurring.

The appeal centered on the question of whether the Cook County court had properly granted requests submitted by Chuhak and Stern to stay the legal malpractice claim until after the federal government’s action against Stern is completed in tax court, even though only the Chuhak firm, and not Stern personally, was named as a defendant in the lawsuit.

The lawsuit at the heart of the appeal had been brought in 2012 by a group of 21 investors, all of whom were clients of a particular certified public accountant through whom Chuhak in 2005 had recruited them to the possibility of “reducing their personal income tax liability by investing in gas partnerships and receiving nonconventional source fuel (NSF) credits,” created by the federal government to “encourage taxpayers to provide funding to convert methane gas from landfills to usable energy.”

The investments were allegedly made through various partnerships and other “entities that sold biomass gas produced from landfills.”

However, the NFS credits were eventually disallowed by the IRS for various reasons, and the federal government launched tax actions against those who had invested in the schemes. The investors said they then turned to the Chuhak firm, on whom they said they had relied for legal advice in investing in the schemes, for help in fighting the federal tax litigation. But in 2010, Chuhak said it could not represent the investors because of a conflict of interest, which then spurred the investors to sue.

A California company leveled similar allegations in a racketeering lawsuit against Minneapolis-based law firm, Winthrop Weinstine, the Chuhak firm and Stern, among others. While the Winthrop firm had sought to remove the case to federal court, a federal judge rejected their transfer bid, and the potential class action case involving potentially more than 100 plaintiffs remains pending in Cook County Circuit Court.

In the legal malpractice case pending against Chuhak, however, the defendants asked the court to put a hold on the lawsuit after Stern was indicted in 2014 on federal tax fraud charges and after plaintiffs sought to compel discovery and depositions of those involved, including Stern. They particularly cited Stern’s constitutional rights against self-incrimination.

In granting the stay in February 2015, Judge Mitchell said the motions to compel depositions, even as the criminal proceedings against Stern continue, “puts our defendants (the Chuhak firm) in an impossible situation. Mr. Stern and other important witnesses are not going to participate in civil discovery that puts them in criminal jeopardy … Without testimony and other discovery from these lawyers, the defendant law firm is unfairly prejudiced in defending this civil case.”

And the judge said the plaintiffs’ arguments against the stay were not helped by the Chuhak firm’s standing as a corporation.

While a corporation doesn’t have Fifth Amendment rights against self-incrimination, the judge said “a corporation acts through its agents, and the actions of Mr. Stern and the other Chuhak partners that place them in criminal jeopardy are the same actions that expose (the Chuhak firm) to potential civil liability for legal malpractice.”

On appeal, the justices backed Judge Mitchell, saying, even though Stern was not a named defendant in the investors’ lawsuit, the judge acted within his authority and accepted judicial principles to grant the stay, agreeing with Mitchell’s findings that the legal malpractice claim against the Chuhak firm and the federal criminal tax action against Stern “concern substantially identical tax credit schemes” and “much of the evidence will overlap, including testimony from witnesses who, like Stern, will invoke” rights to not testify.

“We do not see any way in which the right to purse their case of plaintiffs in this matter, or plaintiffs in general, has been prejudiced by the court’s decision in this matter,” the appellate justices wrote. “In fact, it is unclear to this court how plaintiffs here could fully pursue their claims until the tax court case is resolved.”

According to Cook County court records, the investors are represented in the action by attorney Alon Stein, of Des Plaines, while Chuhak & Tecson is defended by the firm of Flaherty & Youngman, of Chicago.