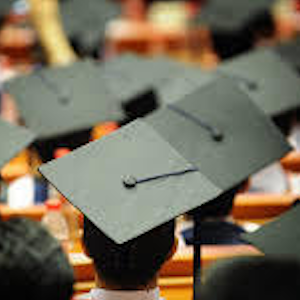 The First Amendment does not shield Christian colleges from state authority to regulate degree-awarding higher educational institutions, a federal judge has ruled.

On March 28, U.S. District Judge Sharon Johnson Coleman ruled in Chicago federal court to dismiss a legal challenge brought in 2015 by the Illinois Bible Colleges Association, several affiliated institutions and a student at one of the colleges, asserting the Illinois Board of Higher Education should not have authority under the U.S. Constitution to set standards by which religious colleges can be allowed to confer degrees to graduates.

“Plaintiffs here are essentially seeking to teach any subject in any manner and to describe student achievement in whatever way they choose, entirely free from government oversight, under the auspices of religious freedom,” Coleman wrote.

“They should seek the exemption through the legislative process rather than by injunction,” she said, adding, “Such a result simply is not compelled by the First Amendment.”

The decision delivered a blow to the efforts by the association and its member institutions to secure a declaration Christian colleges and similar religious educational institutions should be free, under the U.S. Constitution, to award degrees to students without first meeting curricular and other requirements demanded by the IBHE and similar state regulators of colleges and universities.

The association and related institutions had brought the lawsuit last January, after efforts to legislatively carve out such an exemption for the Christian schools stalled in the Illinois General Assembly. In their complaint, the religious schools, which included named plaintiffs Provident Baptist College, Dayspring Bible College & Seminary, and United Faith Christian Institute, specifically challenged the authority of the IBHE under three Illinois laws – the Private College Act, the Academic Degree Act and the Private Business and Vocational Schools Act – to “regulate the operations of certain post-secondary and educational institutions” and set standards by which colleges can claim to award degrees, rather than merely certificates of completion or similar diplomas designed to recognize student achievement without actually carrying the cachet of an academic degree.

State law specifically exempts schools that deal exclusively in religious subject matter, such as seminaries. But the IBCA and affiliated institutions argued constitutional religious freedom guarantees should also extend similar exemption to institutions which operate under a religious rubric. The plaintiffs based their case heavily on the U.S Supreme Court’s decision in the case of Hosanna-Tabor Evangelical Lutheran Church and School vs Equal Employment Opportunity Commission, in which the court found constitutional religious freedom guarantees extended also to private religious schools’ ability to hire and fire teachers.

Coleman, however, said the Hosanna-Tabor decision did not apply in the ICBA’s challenge, as the regulations targeted by this case don’t stipulate which teachers or other faculty the colleges hire, but instead only “require faculty to have minimum credentials in order for the institution to issue degrees,” and so “does not interfere with the internal governance of the church.”

“The evaluation criteria set forth in the statutes are secular and do not require inquiry into the reasons for religious practice,” Coleman wrote. “Instead, the criteria seek to determine the institution’s capability to carry out the education that it is purporting to provide based on its finances, transparency and training.”

“They do not mandate that plaintiffs employ particular individuals nor do they impede plaintiffs’ religious expression,” the judge said. “Plaintiffs are free to associate, to maintain anonymity from state intrusion, and to grant diplomas and certificates or otherwise describe their students’ academic achievement in a manner that does not involve granting ‘degrees.’”

The IBHE was represented by the Illinois Attorney General’s Office.

The IBCA and other institutions were represented by attorneys with the firm of Mauck & Baker, of Chicago, and by the Alliance Defending Freedom, of Scottsdale, Ariz.