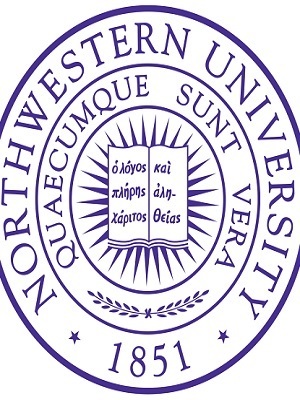 A man whose conviction on double murder charges was vacated after it was revealed a Northwestern University journalism professor and the investigator with whom he worked had allegedly falsified evidence implicating him in the killings has won the chance to continue with his lawsuit against the university and the people he alleged wrongly put him behind bars to boost their own prestige and careers.

On March 29, U.S. District Judge Robert M. Dow Jr. ruled in favor of plaintiff Alstory Simon, denying motions by the university and defendants David Protess, a former professor of journalism at Northwestern’s Medill School of Journalism, and Patrick Ciolino, a private investigator who worked with Protess, to dismiss Simon’s lawsuit, declaring, in part, he found many of Simon’s allegations to be plausible.

“It is reasonable to think that Defendants, who had garnered tremendous prestige (e.g., book deals, a made-for-TV movie, sizable donations, etc.) from their involvement in two high-profile wrongful conviction cases, would be eager to continue their streak of successes,” the judge said. “It is also reasonable to think that Defendants, who allegedly used ethically questionable tactics in their previous investigation, would continue down that path in securing their third in a string of successful exonerations.

Simon had brought the action in 2015 after a Cook County judge, at the request of Cook County State’s Attorney Anita Alvarez, had vacated Simon’s conviction for the 1982 murders of Jerry Hillard and Marilyn Green on Chicago’s southeast side. In 1983, another man, Anthony Porter, had been convicted of the slayings. But in 1998, Protess and Ciolino, along with Protess’ students at Medill, had undertaken, on the eve of Porter’s scheduled execution, to clear Porter’s name.

Protess and Ciolino, through the Medill school, had partnered several years before to clear the names of the men known as the “Ford Heights Four,” who had been wrongly implicated in another double killing. That success had been preceded by the part Protess had played in overturning the conviction of David Dowaliby, who had been wrongly convicted of killing his child. Those investigations had resulted in book deals and television movies, among other benefits for Protess.

However, during the investigation into the Ford Heights Four case, Simon’s complaint alleged Protess and Ciolino used “ethically-questionable tactics,” including promising sexual favors and paydays to key witnesses, and posing as Hollywood producer Jerry Bruckheimer during one interview. Simon’s complaint said Northwestern was aware of the problems with Protess’ behavior, but chose to look the other way to enjoy the “ ‘prestige, recognition and monetary benefits’ from Protess’ work,” including a $20 million grant from the Robert R. McCormick Tribune Foundation in mid-1998.

Simon alleged a desire to continue the string of high-profile successes motivated Protess and Ciolino to allegedly frame Simon, by fabricating “four pieces of false evidence which they contended dismantled the case against Porter and proved that Simon committed the murders.” The false evidence included affidavits from a purported eyewitness who had claimed to have seen Porter commit the crimes, and “coerced statements” from others who said Simon had either confessed his guilt years earlier or they had been with him at the time of the killings.

And Simon said Protess and Ciolino had also allegedly coerced a “false confession” from him, as well, with Ciolino posing as a police officer, illegally detaining him and using ”threats, fabricated evidence, false statements, promises, money, and other illegal tactics,” to wring a confession out of him that he had “shot Hillard in self-defense and Green by accident.”

According to the complaint, Ciolino even arranged for a friend of his, Jack Rimland, who Simon alleged was in on the conspiracy, to represent Simon to ensure the case did not unravel.

The evidence was then passed on to CBS and to Cook County prosecutors, who let Porter go free and charged Simon with double murder in 1999.

Over the years, however, the case against Simon frayed and then deteriorated, as first Simon and then the others who had implicated him recanted. Simon was released from custody on Oct. 31, 2014, and he filed suit in February 2015, asking the court to award him $40 million.

However, the judge allowed the bulk of Simon’s case to proceed, including allegations of malicious prosecution and conspiracy. The defendants attempted to claim they had only distributed “voluntary statements that they learned, after the fact, were false,” and that Simon was ultimately convicted as a result of the state’s attorney’s investigation, not theirs. But the judge said Simon’s allegations, including accusations the statements were coerced through threats, bribes and trickery, and prosecutors’ reliance on the evidence allegedly uncovered by the defendants, undercut those arguments.

Further, the judge said Northwestern also wouldn’t be allowed off the hook at this point, as Simon’s complaint also sufficiently implicated them for failing to supervise and rein in Protess.

Simon is represented in the action by the firm of Ekl, Williams & Provenzale, of Lisle; The Sotos Law Firm, of Itasca; and Hale Law LLC, of Chicago.