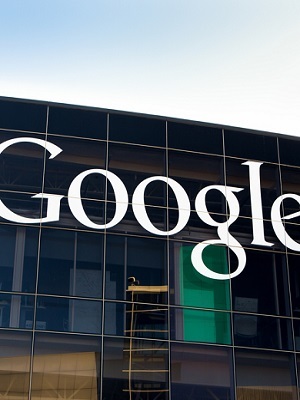 A Chicago lawyer, who had been part of the defense team representing Drew Peterson before departing amid an acrimonious split with her former law partner, has asked a Cook County court to order Google to reveal the identities of people she said left libelous reviews on one of her law practice’s social media pages.

On March 28, Reem Odeh, a personal injury and criminal defense lawyer, filed a petition in Cook County Circuit Court, asking a judge to compel Google to turn over to her identifying information, including IP addresses and other account information needed to correctly identify those she believed posted false and malicious messages on the profile page she maintains for her firm, Odeh Law, through Google’s social media service.

According to the petition, Odeh said she intends to sue for defamation those she can identify as responsible for the posts, published in January and February 2016.

According to the petition, the posts level various personal and professional accusations against Odeh.

The petition cited one such post, purportedly posted under the alias of “Drea Sanchez,” which called her a “horrible, lying and deceitful woman claiming to be a great lawyer” who “is an embarrassment to all members of The Bar Association.” The post further called on the Illinois Supreme Court to suspend Odeh’s legal license.

Other posts, submitted under other aliases including “Abdullah Mubarak,” “William Levi” and “Nura Galaski,” allegedly accused Odeh of having “a reputation of getting around;” of having come to court “late as usual smelling like cheap beer;” of having made “bad remarks about the Latin/Polish community;” and of never being prepared for court, among other accusations. The post from “Mubarak” also described her using the term “sharamoota,” which the petition said was a derogatory Arabic term for “prostitute.”

Odeh’s petition said the reviews “are rife with false accusations regarding (Odeh), a married woman, including allegations that (Odeh) attends court appearances under the influence of alcohol; that she is adulterous; that she lies to the court and opposing counsel …; and otherwise incompetent at her profession.”

Odeh said she has never represented anyone with the names used by those posting the online reviews, and denied all of the statements. To date, Odeh said she had successfully removed only the posts from “Sanchez” and “Mubarak.”

Odeh is represented in the action by the firm of Oshana Law, of Chicago.

Odeh launched her private practice after leaving the Peterson defense team in 2010 amid Peterson’s high profile murder case. The former Bolingbrook Police officer was convicted in 2012 of murder in connection with the death of his first wife, Kathleen Savio.

Odeh had participated in Peterson’s defense as one of the partners in the firm of Brodsky and Odeh. In 2013, Odeh testified against Brodsky in a libel action Brodsky had brought against other members of the Peterson defense team.