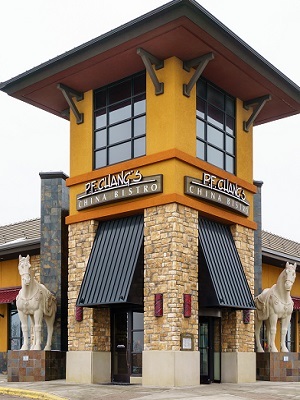 Servers and other tipped restaurant workers have sued P.F. Chang’s in federal court, claiming the casual Asian restaurant chain didn’t pay them what was required by wage laws.

Plaintiffs Ryan Black and Daynia McDonald filed a putative class action against P.F. Chang’s China Bistro April 1 in federal court in Chicago. According to the complaint, they have asked “to recover minimum wages, overtime compensation, misappropriated tips, unlawful deductions and other wages for … employees paid sub-minimum, tip-credit rates of pay, including but not limited to servers, bussers, runners and bartenders.”

Lumping the employees under the term “tipped workers,” the complaint accused the Scottsdale, Ariz., restaurant chain of violating the Fair Labor Standards Act. Black, of Volo, specifically cited Illinois Minimum Wage Law and the Illinois Wage Payment and Collection Act. He worked at the P.F. Chang’s in suburban Lombard from the fall of 2012 through spring of 2014. McDonald, of Hollis, N.Y., referenced New York labor law. She worked at the Westbury, N.Y., location from November 2013 to February 2014.

Tipped workers, the complaint contends, were required to do on-the-clock side tasks unrelated to their tipped jobs. Further, the tipped workers were required to spend more than 20 percent of their time — at the start, during and end of each shift — doing work related to the tipped jobs, but that would not actually yield tips, such as “general cleaning of the restaurant, preparing food for customers, refilling condiments and restocking and replenishing service areas.”

The tipped workers said they had to arrive 30 to 45 minutes before customers arrived for lunch and stay 90 minutes to two hours after close. When they were paid for those hours, it was at the sub-minimum hourly rate. In some cases, they were told not to clock in until customer table service began. When they attended monthly staff meetings, they alleged they would clock in, but were paid less than minimum wage for that time.

The complaint contended the duties tipped workers completed in these periods usually were assigned to “back-of-the-house” employees paid on the full minimum wage scale. While the chain’s timekeeping system could track multiple job codes for different assignments, tipped workers were not allowed to clock in as minimum-wage employees when doing non-tipped tasks, the complaint said.

They also argued the chain “maintained a policy and practice where tipped workers were encouraged to work off-the-clock,” sometimes more than 40 hours per week. The complaint alleged tipped workers also were required to take part in a “tip distribution scheme” to share their tips with quality assurance workers or expeditors, job titles exempt from sharing tips under the laws cited in the complaint.

In addition to class certification, Black and McDonald asked the court to award liquidated damages equal to the amount of unpaid minimum wages and punitive damages of 2 percent of the amount of underpayment per month, plus legal fees. New York class members have requested statutory penalties of $50 for each work day they were not given proper annual wage notices, or a total of $5,000, as well as penalties of $250 for each work week the restaurant failed to provide accurate wage statements, or $5,000.

Representing the plaintiffs in this action are Douglas M. Werman, of Werman Salas, Chicago; and Brian S. Schaffer and Armando A. Ortiz, of Fitapelli & Schaffer, New York.