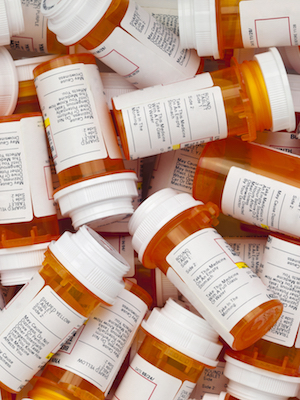 CHICAGO – Cook County is among several highly populated counties nationwide considering "take-back" programs that would require manufacturers to develop programs to dispose of unneeded medications and unwanted hazardous medical products, such as needles and syringes.

"All of these local ordinances are being pushed by the same group, and they all look similar and are set up to work in a similar fashion," said attorney Maureen F. Gorsen, partner at Alston & Bird in Sacramento. "They basically shift what has heretofore been a strictly local government waste-disposal function and split the duties, requiring manufacturers to design and fund take-back programs that provide collection options for consumers to conveniently return the unused products, rather than simply throw them in the trash."

If passed, the ordinance initially would cover only unincorporated areas of the county. However, 85 of the 88 cities in which the county serves as health officer would need only to pass a resolution to adopt the county ordinance.

In Illinois, observers are watching developments in Los Angeles, because Cook County is considering a similar ordinance. The two counties, home to a combined 15 million people, are the two most populous counties in the nation. However, Los Angeles and Cook Counties are not necessarily leading the way on the issue, Gorsen said.

"There are active environmental stewardship groups that are drafting and pushing these take-back ordinances in multiple jurisdictions simultaneously," she said. "As they gain success in winning over local governments, that gives them momentum to continue. The first two were Kings County in Washington and Alameda County in California. They are likely to continue to press in all `friendly' counties – building momentum and pressure with the idea that they are creating a model that can eventually get adopted by a state and then the nation."

The U.S. Supreme Court denied the pharmaceuticals industry's petition for certiorari in a challenge against Alameda County, Calif., in May 2015. This ruling opened the door to more legislation on the county and municipal levels.

"Producers of pharmaceuticals pay for the program," she said. "The ordinances typically prohibit them from charging any kind of fee at point of sale or point of collection. But of course, as this raises costs, those costs are very likely to be passed on to the consumers in the form of a higher price."

Want to get notified whenever we write about Alston & Bird LLP ?

Sign-up Next time we write about Alston & Bird LLP, we'll email you a link to the story. You may edit your settings or unsubscribe at any time.