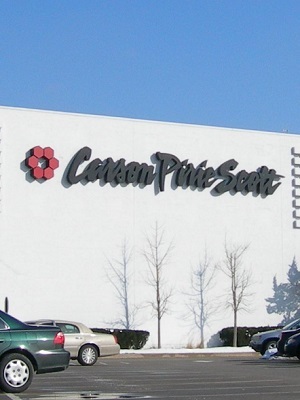 In the wake of a fire that ravaged their North Riverside Park Mall store in 2014, causing damage estimated at about $20 million, the company that owns the Carson Pirie Scott department store brand has sued the companies that manufactured, installed and maintained a heater on the store’s truck dock which allegedly malfunctioned and caused the fire, as well as several security vendors and alarm inspectors the retailer said should be held responsible for a fire alarm that also failed on the night of the fire.

According to the complaint, Bon-Ton alleged missteps by all of the defendants led to a Nov. 12, 2014, fire, which originated on the North Riverside Carson’s store’s shipping and receiving dock and caused significant damage to the store at the mall in the 7500 block of W. Cermak Road, just west of Harlem Avenue, in suburban Cook County.

In its complaint, Bon-Ton alleged the fire was caused by “one or more malfunctioning, defectively designed, manufactured and improperly installed Fostoria heaters,” which allegedly overheated. The heaters had been made by TPI and installed by Murphy & Miller, the complaint said.

However, at the time of the fire, Bon-Ton alleged “the smoke control and exhaust system was not connected to the fire alarm control panel or a source of power,” preventing it from activating properly when the fire ignited. That alarm and smoke control system had been overhauled in 2008 and 2009 by SCCS, the complaint said, and Edwards Service had purportedly performed additional work on the system in 2009. Further, the complaint said Telgian and Tyco had also “performed certain fire alarm and fire detection system inspection services for Bon-Ton” at the store from 2008-2014.

The complaint said the combination of the fire from the overheating heaters and the “improper installation and servicing of the fire alarm and fire detection systems and the subsequent failure of the smoke control and exhaust system to activate, the building and certain inventory was not only damaged by fire, but the building and certain inventory were damaged by smoke infiltrating and permeating the storefront and floor area” of the store, “rendering these items ‘unmerchantable’ and resulting in a total loss.”

Bon-Ton leveled counts of negligence against all the defendants, as well as a count of product liability against TPI.

Bon-Ton asked the court to award damages of more than $20 million.

Bon-Ton is represented in the action by attorneys with the firms of Langhenry, Gillen, Lundquist & Johnson, and Maisel & Associates, both of Chicago.