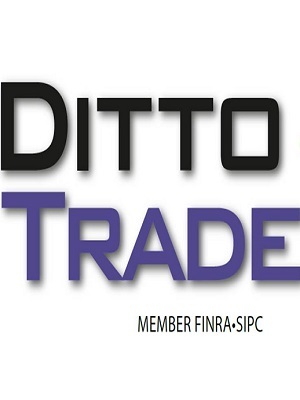 A Chicago federal judge has ordered Chicago online brokerage firm Ditto Trade to pay $2.7 million to its former chief executive officer, for allegedly firing him because he informed federal securities regulators of possible misconduct by a high official with the firm.

In September 2013, Paul Simons was fired after nine months as CEO of Ditto Trade, which specialized in allowing customers to more or less copy the trading activities of certain equities traders. Simons claimed he was discharged in retaliation for telling the U.S. Securities and Exchange Commission, as well as Ditto’s senior officers, he had discovered possible wrongful conduct on the part of Joseph J.Fox, also known as Yosef Y. Fox, CEO of Ditto Trade’s parent company, Ditto Holdings. Fox lives in Los Angeles, according to government documents.

Simons alleged he had come across records that seemed to indicate Fox had improperly sold his personal shares in Ditto Holdings and Ditto had laid out more than $1 million in expenditures that may have “personally benefitted Fox and his family and affiliates.”

Simons filed suit against Fox and both Ditto companies in January 2014 in Chicago federal district court, contending he was defamed and was fired for being a whistle blower. Fox and the companies countersued, alleging Simons worked to “undermine” Ditto and committed defamation, breach of employment agreement and breach of fiduciary duty. Last year, Leinenweber dismissed all the complaints against Simons, except the defamation claims.

On Dec. 30, 2015, Simons filed a motion for Ditto to pay a portion his legal costs, because Ditto allegedly failed to show at depositions, failed to produce discovery documents and violated a confidentiality order.

Judge Leinenweber next tossed Ditto’s remaining counterclaim for want of prosecution, after Ditto’s attorneys withdrew and Ditto did not replace them, the two companies having gone out of business, according to Simons.

Leinenweber then found Ditto in default on March 9 and two weeks later granted Simons’ motion for Ditto to cover part of his legal costs. Simons sought $962,864, of which Leinenweber ordered Ditto to pay $653,105, or 68 percent of the amount asked.

“There is no just reason for delay in entering final judgment against Defendants Ditto Trade, Inc. and Ditto Holdings, Inc. on all claims and counterclaims,” Leinenweber declared.

A defamation claim by Fox remains pending against Simons. Fox alleges Simons put bogus labels on a spreadsheet of Fox’ alleged company expenses and showed the sheet to others. Fox also alleges Simons falsely told the Professional Golfers’ Association that Ditto and Fox were illegally using the PGA’s likeness and misrepresenting their relationship with the PGA to promote Ditto’s business.

In an action last year before the U.S. Securities and Exchange Commission, Fox consented to pay a civil penalty of $75,000 and a disgorgement of $125,210.

Ditto Trade and Ditto Holdings had more than one firm representing them over the course of proceedings; the last was Stang Law Firm, of suburban Highland Park.