Osco Drug has secured the dismissal of a federal class action lawsuit brought by a Chicago man who claimed pharmacists at the regional retail pharmacy chain wrongly substituted generic versions for a brand name drug his doctors had prescribed to treat his son’s ADHD symptoms.

Plaintiff Alex Turetsky, of Chicago, had filed a complaint in Chicago federal court in November 2015 against the companies doing business as Osco Drug. He alleged Osco pharmacists made substitutions for the drug Concerta — an extended release drug known as methylphenidate hydrochloride used to treat attention deficit hyperactivity disorder, or ADHD — with a generic drug they knew to not be therapeutically equivalent to the name brand original. 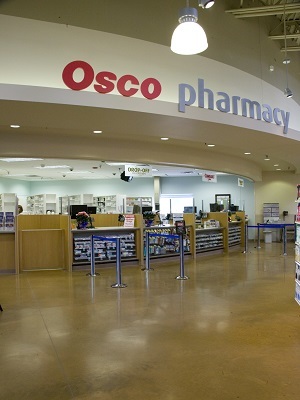 In an April 14 opinion, U.S. District Judge Samuel Der-Yeghiayan granted a motion to dismiss the complaint. American Drug Stores, which operates the Osco chain, argued Turetsky lacked standing because Turetsky did not allege he or his minor son, J.T., “suffered any actual harm as a result of … alleged misconduct.”

Concerta is a once-daily drug expected to be effective for 12 hours. Turetksy said he attempted to fill a prescription for Concerta for his child in April 2015 at an Osco in Evanston, but was instead given allegedly lesser generic versions.

Although three manufacturers claim to produce equivalent generics, the November complaint said “just one form of generic Concerta is currently approved by the U.S. Food and Drug Administration as being therapeutically equivalent.” The other two, the FDA found in November 2014, “are not therapeutically equivalent because their effectiveness wears off much more quickly and (do) not provide the consistent, long-lasting ADHD symptom control equivalent to Concerta.”

Der-Yeghiayan noted Turetksy did not dispute his failure to allege his son received a lesser therapeutic benefit, instead contending he suffered “actual injury based upon a financial harm, contending that if he had known that he was paying for a generic drug that was not a therapeutically equivalent drug, he would not have asked the prescription to be filled and would not have paid the money for the prescription.”

However, the judge continued, “Turetsky has not provided facts to suggest that he had any particular affinity for Concerta that would render any other comparable generic drug unacceptable. … So in the end, even with the substitution, J.T. got what his physician and father desired, namely effective treatment for his ADHD.”

While the original complaint referenced FDA findings, American Drug Stores argued the research revealed “only an isolated number of cases where the generic failed to have the same therapeutic effect as Concerta,” and Turetsky did not allege his son was among those affected.

Had Turestky argued he overpaid for the generic, because it is less effective than Concerta, he might have standing, although Der-Yeghiayan said then the issue would be recovering a reasonable price difference, not compensation for physical harm.

“Turetsky makes repeated references in his complaint to safety guidelines and the protection of patient health making clear that Turetsky is premising his claims upon defendants’ allegedly placing patients’ health in jeopardy and upon actual harm caused to patients’ health by defendants’ alleged activities,” Der-Yeghiayan wrote. “In this case, however, the facts alleged in the complaint suggest that neither Turetsky nor J.T. suffered any such harm. Even if Turetsky could establish that the generic was not a therapeutically equivalent product, Turetsky has not shown any injury-in-fact harm stemming from receiving the generic.”