A Chicago man, who was among a group of people removed by the Cook County Republican Party from the posts of committeeman purportedly for previously having pulled ballots in Democratic Party primary elections, has sued the party, demanding a judge reinstate him to the position to which he asserts he was lawfully elected in the recent GOP primary election.

On April 15, Steven Graves filed suit in Cook County Circuit Court against both the Cook County Republican Party and the Chicago Republican Party, alleging the party organizations violated state election laws when party leaders moved to purge the ranks of the local GOP organizations’ committeemen of what they said they believed to be potential Democratic plants and interlopers.

According to the complaint, Graves was among a number of candidates elected in March during the local primary election to the office of ward committeeman. According to election results posted by the Chicago Board of Elections, Graves defeated opponent Danny Carbol in the race for committeeman representing Chicago’s 19th Ward. Graves amassed 2,115 votes, compared to 1,873 votes for Carbol from the ward on Chicago's southwest side. 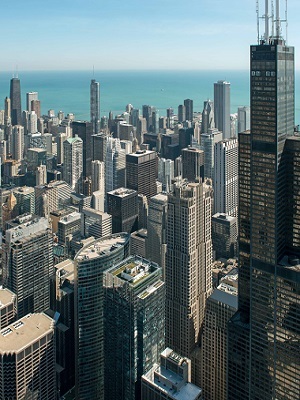 Graves said he had filed his nominating petitions to declare his candidacy in November 2015, as required by law, and his petitions were not challenged, allowing his name to be placed on the ballot.

However, Graves said about eight days after the election results were certified by the Cook County Clerk’s office, he received a letter, dated April 12 and signed by the chairmen of both the Cook County GOP and the Chicago Republican organization declaring they were removing him from his post, along with any other committeemen who had voted for another political party at any point in the past eight years.

According to Graves’ court filing, the letter he received said the Cook County Republican Party had changed its bylaws as of March 9 to declare vacancies in the offices of any committeeman determined to have voted in a primary election held by the Democratic Party or any other political party.

Leaders of the local GOP organizations said the bylaw changes and removal actions were necessary to address what the party leaders saw as attempts by Democrats to effectively seize control of the Republican Party in Cook County and Chicago.

According to a report published by DNAInfo, Chicago Republican Party Chairman Chris Cleveland said a 2014 state law gives ward committeemen the power to appoint election judges. Without the actions, Cleveland said Democrats could have chosen those supposedly monitoring polling places on behalf of Republicans, and “open the door to vote fraud.”

However, in his lawsuit, Graves said the Republican Party’s actions contradict state election law, which he said only stipulates candidates be a resident of the ward in which election is sought.

“Nothing exists in the Code that allows the Defendants (Republican Party organizations) to subsequently prevent Plaintiff (Graves) from fulfilling his official duties as the lawfully elected Republican Committeeman for the 19th Ward of Chicago,” Graves’ complaint stated. “The Defendants unnecessarily created this controversy, and did so because the Plaintiff soundly defeated the opposition candidate during the Election, who was actively supported and endorsed by the Defendants.”

Graves asked the court to order the Republican Party to recognize him as the “duly elected Republican Committeeman for the 19th Ward” and allow him to serve his full term “without interference” from either the county or city GOP.

Graves is represented in the action by attorney Kevin L. Sterk, of K.L. Sterk & Associates, of Chicago.