A Chicago dentist, who sued a Chicago television station and one of its news reporters for allegedly smearing him in an investigative report, appears to have quietly settled his legal action.

On April 22, dentist Irfan Atcha and Chicago ABC affiliate station, ABC7 WLS-TV, told a Cook County judge they had reached a settlement. The judge then dismissed the lawsuit. 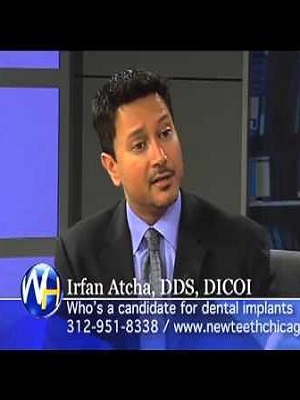 Atcha’s attorney Luke Casson, of the firm of Andreou & Casson, of Chicago, said only that the two sides had resolved the matter “amicably.”

“No other comment on the case will be made,” Casson said.

The matter landed in Cook County Circuit Court in October 2015, when Atcha, a Chicago resident who had practiced dentistry in Chicago and Northwest Indiana since 1996, asserted a report by ABC7 Eyewitness News consumer investigative reporter Jason Knowles falsely accused him of providing substandard dental care and being unqualified to perform dental implant procedures.

According to the Oct. 30 lawsuit, Atcha had developed the “All-on-4” implant technique, a technique that was unique to the Chicago area “and few, if any, dentists had the training or experience in the technique (which) effectively involved the implantation of fixed non-removable prosthetic teeth in four implantations.”

Atcha has prominently advertised the service, which takes six to nine months to complete, compared to two years for conventional dental implant procedures.

Knowles’ report ran Oct. 31, 2014, and a written version of the story was published on ABC7’s website. Atcha said Knowles had “ambushed” him “in order to evoke a response” to accusations that Atcha had called police on his patients, and allegedly used the report to imply Atcha was facing discipline because of “shoddy dental work,” when in reality the only disciplinary action he faced concerned the amount and content of his advertising. In that case, decided in late 2014, a judge in Marion County had found the state violated the dentist’s rights by demanding to preview his advertising prior to dissemination.

Atcha said Knowles and ABC7 were aware of the outcome of the case, yet refused to correct the Oct. 31 report accordingly. He said Knowles and ABC7 “violated numerous tenets of the Society of Professional Journalists Code of Ethics … All of the defendants’ conduct was intentional, willful, malicious and with reckless disregard for the truth.”

Atcha had sought more than $50,000 in damages, plus punitive damages and a jury trial, for his “public and private humiliation and embarrassment.”

Knowles and ABC7 were represented by the firm of Jenner & Block, of Chicago.