A panel of state appellate justices could have simply found an insurer wasn’t obligated to pay to cover a $4 million settlement reached to end a lawsuit brought by a suburban engineering firm that claimed it had received so-called “junk fax” advertisements. But the justices used the occasion to also send a message to the lawyers it says are responsible for a “proliferation” of potential junk class action lawsuits under the federal Telephone Consumer Protection Act, brought in many cases, the justices said, only to help lawyers get paid.

“We must express our concern with the policies implicated by the proliferation of TCPA class actions,” the justices wrote. “These cases are not about how insureds face ruinous liability … they have everything to do with compensating the lawyers of the class.”

On May 18, a three-justice panel of the Illinois First District Appellate Court ruled on an appeal of Cook County Circuit Court Case No. 11-CH-28513. 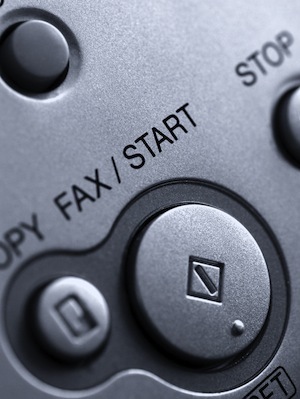 The lawsuit against Nationwide came as part of a litany of TCPA lawsuits brought over nearly a decade by CE Design through its attorney, Brian J. Wanca, of Rolling Meadows. According to Cook County court records and Chicago federal court records, engineering firm and Wanca partnered on more than 90 junk fax class action lawsuits filed in Cook and Lake counties, alleging TCPA violations against a number of companies.

The appellate justices also sided with First Mercury. In its analysis, the panel said each of the 3,671 fax recipients in the class was entitled to $500 damages under the TCPA. But since the total claims amount is over the $1 million advertising injury limit in the policy held by Nationwide, First Mercury is not obligated to indemnify its client, the justices said.

In its opinion, however, the justices included a section titled, “Policy Reasons Supporting Affirmance.”

In this case, damages were calculated by multiplying the number of faxes sent by the TCPA’s statutory damages award of $500 per fax, plus an additional $500 per fax in punitive damages. But the attorneys were well aware, more than five years after the offending faxes were sent, that only a handful of people were likely to come forward and join the class, justices said.

“Class attorneys, however, all too often aim to solidify a fund via the settlement negotiations in order to satisfy their hefty fee petition,” they wrote.

The justices suggested the courts hearing such class actions should insist lawyers go forward with the claims process with the caveat that allowed claims would be satisfied from insurance. After the claims deadline has passed, courts and insurers can better assess the insured’s liability – “a sum which would predictably be a fraction of the settlement amount,” the justices wrote – and the court can then turn its attention to attorney’s fees.

In the First Mercury case, the insurer arranged for independent counsel for Nationwide in the underlying lawsuit, expressing an opinion from the beginning that the damages CE was seeking were not covered under its policy. The policy has a $500 per claim deductible and a limit of $1 million in liability for property damage and $1 million for advertising injury. The policy did not cover punitive damages.

However, the two parties to the lawsuit went on to settle for more than $4 million, as the TCPA allows penalties that can triple the statutory damages. The settlement expressly noted that the defendant could not pay $500 per fax and the only “meaningful source of recovery” was from First Mercury.

First Mercury was represented in the action by attorneys with the firm of Tressler LLP, of Chicago.