Cable TV sports network ESPN and the network’s prominent on-air pundit Stephen A. Smith have responded to a lawsuit brought by the parents of players of controversy-plagued Chicago Little League baseball team, Jackie Robinson West, asking a Cook County judge to dismiss the litigation because the parents’ lawsuit does little more than attempt to punish ESPN and Smith for reporting news and expressing opinion on prominent events, simply because the parents found the news and Smith’s opinion “upsetting.”

On May 12, attorneys for ESPN and Smith filed a motion to dismiss the lawsuit in Cook County Circuit Court in Chicago, arguing the actions and words of ESPN and Smith were constitutionally and legally protected when the network and TV personality delivered and discussed the news concerning Little League’s sanctions against Jackie Robinson West over accusations the team violated Little League rules en route to a U.S. Little League title run that captured the attention and hearts of many in Chicago and throughout the country.

“ESPN’s reporting the news about the JRW suspension, as well as Mr. Smith’s subsequent commentary about that, was undeniably speech about a subject of legitimate news interest,” wrote the defendants in a memorandum filed in support of their dismissal request. 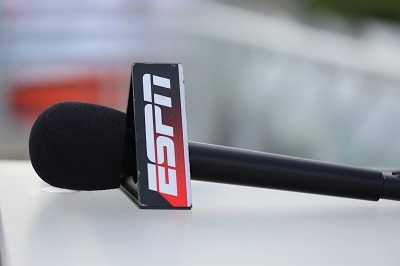 The filings come about three months after parents of 13 players on the JRW team that nearly won the 2014 Little League World Series took aim against a number of people and organizations, including Little League baseball, ESPN and Smith, the parents said defamed them and their children over the controversy surrounding the 2014 JRW squad.

The team that year won the United States bracket of the LLWS bracket before falling to South Korea in the LLWS title match. The Chicago team’s ride through the tournament, which was broadcast by ESPN, generated tremendous national publicity, in part because the entire roster was made up of African American players, a generational anomaly for the LLWS.

However, in February 2015, Little League stripped JRW of its title, after the league said the team had used ineligible players based on the league’s legal geographical boundaries.

In their complaint, the players’ parents blamed JRW coach Bill Haley for not telling them their children were not eligible to play on the JRW squad. They said Little League also had been aware of the residency issues, but “chose to ignore” them to take advantage of the publicity showered upon the JRW team both before and after the title game.

The parents’ lawsuit said ESPN and Smith continued to besmirch them in reporting the news of the actions against JRW, as they said Smith “directly accused the JRW parents of perpetrating a fraud.”

However, in response, ESPN and Smith maintain the actions of the network and the sports talker were nothing more than constitutionally protected speech about “the news of the day.”

The filing by Smith and ESPN stresses Smith’s words expressing disapproval of the alleged actions of those associated with JRW were “pure opinion” and not direct accusations of criminal activity on the part of JRW’s players or their parents or anyone else associated with the team.

“A reasonable (and therefore, controlling) interpretation of Mr. Smith’s comments is that some of the parents involved with JRW knew about, and may have participated in, the submission of false documentation to Little League regarding some players’ eligibility,” the court filing said. “While such activity may be unsportsmanlike and unethical, it is not criminal.”

Further, the filing defended even Smith’s use of “hyperbolic phrases,” such as his use of the phrase “like a mug shot” to describe a photo of plaintiff Darold Butler, a JRW coach who submitted the residency materials to Little League before the LLWS.

ESPN’s filing said that phrase should be treated as “rhetorical hyperbole,” which is protected by both the First Amendment and Illinois law.

In defending Smith’s conduct and words, ESPN’s filing cited strong U.S. Supreme Court opinions protecting such unpopular speech as that of members of the infamous Westboro Baptist Church, known to picket funerals of members of the U.S. Armed Forces who are killed in combat.

“Whatever one’s views may be, the ESPN Defendants’ speech bore no resemblance to shouting at a parent at their son’s funeral that he deserved to die,” the ESPN filing said, noting even that “offensive speech” was “nonetheless protected.”

ESPN and Smith are represented in the action by attorneys with the firms of Bryan Cave LLP, of Chicago, and Levine Sullivan Koch & Schulz, of Washington, D.C.

The JRW plaintiffs are represented by the firm of Barney & Karamanis, of Chicago.