A Texas-based investment group has sued the executives in charge of Ticket Reserve Inc., a Wheeling-based company helping organizers of sporting events and other live performances create online markets for anticipated ticket sales, saying the managers deceived them and other investors into sinking money into the debt-plagued venture, on the mistaken belief the company was on firmer financial footing than it actually was.

RGT holdings, of Dallas, filed a shareholder derivative complaint on May 23 in federal court in Chicago, ostensibly on behalf of Ticket Reserve. The complaint alleges misconduct by the company’s directors and officers dating to July 8, 2005; it names as defendants Richard M. Harmon, Ash Narayan, Herbert L. Rudoy and John A. Kaptrosky. 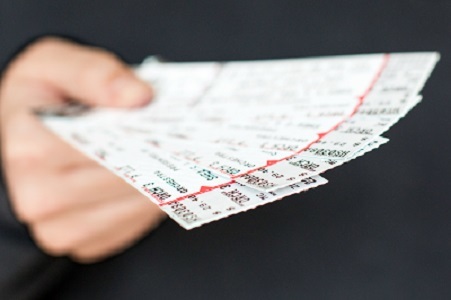 The company offers software to help organizations essentially sell the rights to purchase event tickets at face value based on expected outcomes. For example, a college bowl game could offer ticket rights to fans of multiple schools. If a particular program is selected to play in the event, its fans could buy tickets. If not, they would pay only a reservation fee.

The complaint said the company may also do business under the name Forward Market Media.

The shareholders say the officers mismanaged Ticket Reserve’s finances and wasted corporate assets by taking on “excessive debt” with unreasonable terms they knew they could not manage as well as “paying undisclosed finder’s fees, issuing company stock, issuing options to purchase additional company stock and executing promissory notes to (Narayan) for procurement of investors and lenders.”

Further, the complaint says directors failed to disclose or intentionally misrepresented information about the company’s finances as well as the compensation for Narayan, including a $1 million promissory note payable by Ticket Reserve.

The complaint details Ticket Reserve’s long-term financial uncertainty and includes transcripts of emails between the named defendants in which they discuss the means of “seeking new investor funding in an attempt to prevent immediate financial collapse.”

According to court documents, Ticket Reserve incorporated in 2001; RGT invested on July 8, 2005, buying 250,000 common shares for a total of $75,000. The complaint says “RGT made this investment based on representations made or ratified by the Individual Defendants concerning the financial health of the company and its prospects for generation of future revenues.”

However, the complaint continues, “Ticket Reserve was in fact cash strapped for years and unable to generate sufficient revenue to cover its operating expenses and other financial obligations.” RGT accuses the defenders of routinely soliciting money from new investors, in the form of equity and debt investment, to repay obligations to earlier investors. The shareholders contend they only invested because the reality of Ticket Reserve’s financial situation was intentionally obfuscated.

Formal counts include breach of fiduciary duty and breach of due care and gross mismanagement against all the named defendants, as well as an unjust enrichment complaint against Narayan based on finder’s fee payments and other benefits.

The shareholders want the court to order Ticket Reserve and the named defendants to “reform and improve its corporate governance and internal procedures to comply with applicable laws and to protect Ticket Reserve and its shareholders from a repeat of the damaging events” that purportedly predicated the complaint, as well as to allow shareholders to nominate at least three candidates for board membership.

Further, the shareholders want the defendants to be assessed exemplary damages payable to Ticket Reserve, restitution and for the court to force Narayan to surrender all payments received from Ticket Reserve and all shares of stock and stock options in the company. The court also is asked to release Ticket Reserve from obligations of the promissory note.

Representing RGT Holdings are attorneys from the firms of Moirano Gorman Kenny, of Chicago, and the Baker Botts firm, of Dallas.