The Illinois Supreme Court has strengthened the hand of hospitals in a ruling that took a physician’s suit off life support, because he failed to allege a north suburban hospital system inflicted “physical” harm upon him when it terminated his hospital privileges – which the court said is the necessary standard under state law for the hospital group to enjoy immunity from liability.

The May 19 opinion was authored by Justice Robert Thomas, with the six other Supreme Court justices concurring. The decision backed lower court rulings that held Northbrook obstetrician and gynecologist Steven Valfer failed to show NorthShore University HealthSystem in Evanston improperly revoked his privileges at its hospitals in Evanston, Glenbrook, Skokie and Highland Park. 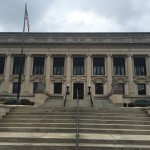 The hospital board said it took the action against Valfer in 2005, because several of Valfer’s peers determined Valfer allegedly performed a number of unnecessary surgeries.

Valfer filed suit in 2007 in Cook County Circuit Court against the hospital, arguing the hospital allegedly invoked the wrong set of bylaws in cutting him loose. Valfer noted the Illinois Hospital Licensing Act confers immunity on hospitals for liability suits in connection with peer reviews of doctors, unless the hospital engages in “willful and wanton” misconduct. Valfer alleged in his case the hospital engaged in such conduct, because his privileges were terminated based on the word of certain doctors, who allegedly sought to eliminate him as a competitor by misusing the peer review process.

In June 2014, Cook County Associate Judge Brigid McGrath granted the hospital’s motion for summary judgment. McGrath concluded the hospital applied the proper bylaws and Valfer failed to show he was let go because of the machinations of rival doctors. As a consequence, McGrath found the hospital was immune through the Licensing Act. McGrath’s decisions were affirmed by the First District of Illinois Appellate Court.

The Supreme Court of Illinois then agreed to hear Valfer’s appeal.

The high court upheld the prior rulings, saying the “willful and wanton” provision of the Licensing Act only applies to the infliction of “physical harm” – which can include emotional distress – through either intent or indifference. Whether or not Valfer suffered financial loss or damage to his professional standing, he neither claimed nor proved physical harm. Rather, he merely contended the hospital engaged in “willful and wanton” misbehavior.

“If the legislature had intended to except from immunity any and all types of intentional harm, such as harm to one’s reputation or economic well-being, it would surely negate the immunity entirely and would lead to an absurd result,” Justice Thomas observed.

Nonetheless, Thomas pointed out the Licensing Act’s language is flawed.

“‘Willful and wanton’ is a tort concept that has been incongruously engrafted into a statute that will largely be used to provide immunity for breach of contracts claims . . . it has no application to a nontort claim such as a routine breach of contract action involving a violation of the hospital bylaws,” Thomas said.

The Association of American Physicians and Surgeons, the Illinois Trial Lawyers Association and a suburban gynecologist submitted briefs supporting Valfer. They maintained that if the appellate ruling was left to stand, the door would be open for hospitals to conduct “sham peer review,” leaving wronged physicians without legal recourse.

Valfer, who has been a licensed physician in Illinois since 1973, has never been disciplined by state medical authorities. He has been represented by Chicago attorney Leslie J. Rosen.

NorthShore University HealthSystem has been defended by the Chicago firm of Winston & Strawn.