Maplevale Farms, one of the country’s leading food service providers, has brought a federal class action antitrust lawsuit against the country’s top poultry producers, alleging they conspired to hatch a plan to manipulate the supply of chicken to keep the price of the birds artificially high, harvesting bumper profits.

On Sept. 2, New York-based Maplevale filed its complaint in Chicago federal court, naming as defendants many of the largest American producers of chicken, including Park Ridge-based Koch Foods, Arkansas-based Tyson Foods, Colorado-based Pilgrim’s Pride, Maryland-based Perdue Farms and Mississippi-based Sanderson Farms, as well as others. In all, 14 primary defendants are named, as well as numerous affiliated companies.

The complaint centers on the supply of so-called “broilers,” the kind of chickens that supply the vast majority of all chicken sold and consumed in the U.S. According to the complaint, the value of the broiler market in the U.S. ranged from $21 billion to $31 billion from 2008-2013, and rose to $32.7 billion in 2014. 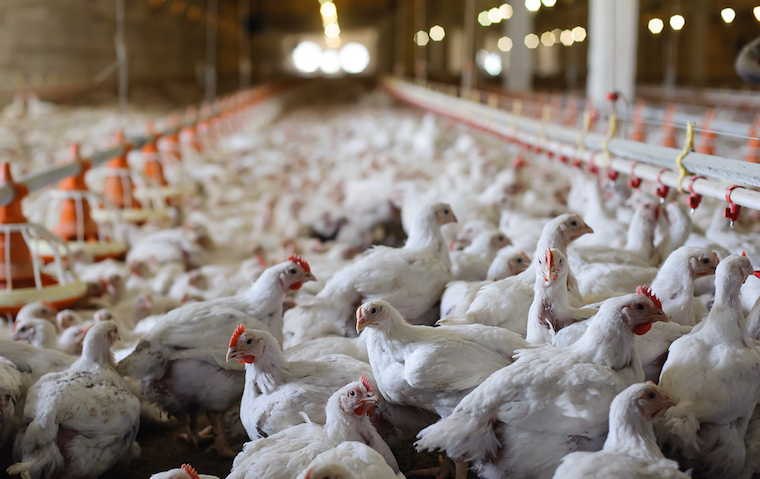 According the complaint, at a time their input costs were falling – in particular, the prices of the corn and soybeans used to feed their chickens – the prices of broilers remained stubbornly high, relative to past “boom and bust” cycles.

The lawsuit pinned the blame on the historically unusual price stability on alleged cooperation between the large poultry producers.

The complaint alleged the big producers used the publication known as Agri-Stats, a private publication, available only to the producers, and which regularly updates the conditions of the poultry market, to privately share information among themselves, so as to together artificially constrict the supply of poultry, driving up the price.

“If a single Broiler company reduces Broiler capacity, there is no guarantee that competitors will do the same, and therefore the company acting alone has simply ceded market share to its competitors,” the complaint said. “However, if other Broiler companies similarly exercise discipline and reduce capacity and production, Broiler purchasers will be faced with resulting higher prices, which they will have no choice but to pay. The alternative – to not purchase Broilers – is not an option for most of Defendants’ customers.”

However, in reducing supply, Maplevale alleged the poultry producers went beyond typical, short-term culling measures, such as slaughtering chickens early or increasing the days between deliveries to contract farmers, among other possibilities. Instead, Maplevale alleged the producers took “unprecedented” actions to reduce their flocks, including sharply reducing their “breeder flocks” – a step historically avoided because it would leave producers unable to quickly ramp up chicken production in response to rising demand.

Maplevale said the actions were taken by the industry in response to calls from Tyson and Pilgrim’s, in particular, to significantly trim the flocks and pinch supply.

The complaint included a litany of statements attributed to executives at the large poultry producers calling for cuts, even as their competitors moved to cut production – a move which Maplevale alleged defied basic market economics.

Maplevale alleged these actions, among others, have driven the price of the chickens up by about 50 percent since 2008, even though the price of corn and soybeans have decreased about 20-23 percent during that same span.

While the poultry producers have cited a host of other reasons for the increase, including outbreaks of bird flu and import restrictions overseas, Maplevale brushed those aside, calling them pretextual excuses to conceal the producers’ collaborative efforts to drive up and fix the price of chicken.

Maplevale said it became aware of the pattern from the investigations of foreign governments in France, Chile, Singapore, Australia and Indonesia, which “have indicated that collusion is evidently rampant in the broiler industry.”

The complaint asked the court to certify a class of additional plaintiffs, numbering in the thousands, of customers who, like Maplevale, purchase the chickens from the poultry producers and resell them to restaurants and other end users.

The lawsuit requested unspecified damages, “to the maximum extent allowed under federal antitrust laws.” Maplevale asked that the damages be tripled, as well.

Maplevale is represented in the action by attorneys with the firms of Hart McLaughlin & Eldridge, of Chicago; Lockridge Grindal Nauen, of Minneapolis; Pearson Simon & Warshaw, of San Francisco and Sherman Oaks, Calif.; the Nussbaum Law Group, of New York; and Rupp Baase Pfalzgraf Cunningham, of Buffalo, N.Y.