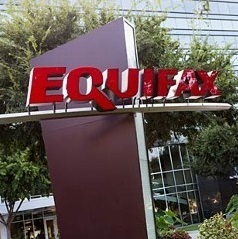 A live human person filed a civil complaint in federal court in Chicago Aug. 22 asking a judge to order a credit reporting bureau to acknowledge he is not, in fact, dead.

Mark C. Dambrowski, an Illinois resident, filed the action against Bank of America and Equifax. The issue stems from an October attempt to refinance the mortgage on his home. When he submitted a credit application, the prospective lender denied his request because Equifax allegedly reported Dambrowski deceased.

Dambrowski, per his complaint, “was shocked by the revelation that Equifax was reporting him as ‘deceased’ and immediately started investigating the source of the erroneous information.”

According to the filing, Bank of America reported Dambrowski dead to Equifax because of an “unsecured credit card account that has been closed for years.” He notified Bank of America, which said Dambrowski was not shown as deceased on any of its files and that it would submit an update to Equifax.

Several months later, when Dambrowski tried to access his credit report through Equifax, he learned the firm believes “he does not have a credit score and that his ‘report does not update.’ Once a ‘deceased’ notation is placed upon a consumer’s report, Equifax will not calculate and will not provide a credit score for that consumer.”

On May 10, Dambrowski sent a credit dispute letter through certified mail asking Equifax to investigate the Bank of America line causing the issue. He supplied his 2015 W-2, insurance policy documents and his driver’s license, issued March 5, 2016. He asked Equifax to investigate and forward the dispute to Bank of America and believes the bank got notice within five days of Equifax receiving the dispute letter.

However, on June 6, Equifax responded by verifying Dambrowski’s status as “deceased.” It reported Bank of America verified to Equifax the current status was being reported correctly.

“The reporting of the (Bank of America) trade line was patently inaccurate,” Dambrowski argued, “because plaintiff is not deceased.”

Dambrowski argues the Bank of America error caused him to lose credit, as well as the ability to benefit from refinancing the mortgage and the expenses of trying to prove he has not shuffled off his mortal coil.

He formally accused both companies of violating the Credit Reporting Act. Though there were three counts in the complaint, he alleged 11 ways in which the firms violated the act. He seeks statutory and punitive damages on each of the three counts; statutory damages can amount to $1,000 for each violation of the act, the complaint said.

Specifically, Dambrowski alleged Equifax failed “to establish or to follow reasonable procedures to assure maximum possible accuracy in preparation of the consumer reports it furnished and refurnished;” didn’t provide notification of Dambrowski’s dispute to Bank of America; didn’t “review and consider all relevant information” Dambrowski sent; and did not “conduct a reasonable investigation to determine whether the disputed information was accurate and to subsequently delete or correct the information on (his) credit file.”

Bank of America failed, he alleged, “to conduct an investigation with respect to the disputed information after receiving requests for an investigation from Equifax and” himself,;didn’t review all relevant information; didn’t properly report investigation results to Equifax; and failed to “promptly modify, delete or permanently block the inaccurate information.”

Dambrowski, who requests a jury trial, is represented by Sulaiman Law Group, of Oak Brook.