A charitable fund associated with Evanston-based NorthShore University Health System will not be able to continue much of its legal action against Niles’ high school district over the district’s decision to close some health clinics in the suburban high schools, after a Cook County judge declared the foundation should have sued someone else over the alleged waste of the foundation’s grant to fund the clinics.

Cook County Circuit Court Judge Patrick J. Sherlock Aug. 29 dismissed the Foundation’s suit against Niles Township High School District 219. The Foundation had accused the district of accepting a $1.3 million grant to open school-based health care clinics, but then chose to close the clinics after less than a year in operation, essentially wasting the Foundation’s money.

While the underlying facts of the case are not in dispute, District 219 sought dismissal on the grounds the actual grant recipient was Heartland Health Centers, a nonprofit agency that operated the clinics at Niles West and Niles North high schools in Skokie. 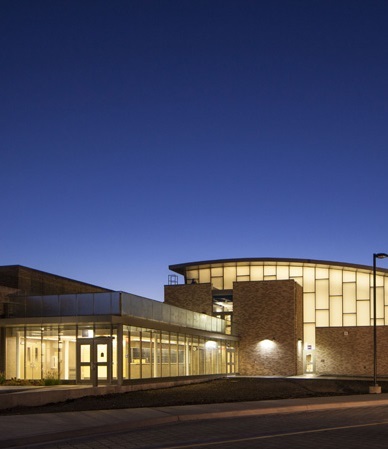 According to a release District 219 distributed upon the grant announcement in 2014, the school-based clinics would provide “physical exams, school and sports physicals, immunizations, evaluation and treatment of injuries and illness, chronic disease management, reproductive health services and weight management.” The clinics also were intended to “provide behavioral health services, including individual therapy, crisis evaluation and management, and family counseling,” the release said.

The Foundation’s four-count complaint started with an accusation of breach of contract, but District 219 argued it was not a party to the contract in question and therefore could not have breached the deal. The Foundation countered by implying there was implied acceptance by the school district and joint liability. But Sherlock said his examination of state school law shows the school district is not allowed to delegate discretionary rights to a third party.

Further, Sherlock said he did not “construe the license agreement between the District and Heartland as creating either a partnership or joint venture,” which are by definition limited to for-profit endeavors.

The Foundation’s second count, breach of implied contract, similarly failed. While Niles high school officials said District 219 would spend $500,000 on the health clinics annually for at least five years, that “oral promise… did not rise to the level of a contract” and “was not contained in the District’s formal revised grant application,” Sherlock said.

The Foundation’s third count sought to have the entire grant contract rescinded and force District 219 to return the $1.3 million. Sherlock dismissed that count as well, saying the Foundation would need to sue Heartland to attempt to recover its money.

The fourth count, unjust enrichment, was the only one Sherlock dismissed without prejudice. District 219 argued such a claim “must be based on an allegation of wrongdoing such as fraud, duress or undue influence.” The Foundation countered by citing the 2015 Illinois First District Appellate Court decision in National Union Fire Insurance Company v. DiMucci, holding “unlawful or improper conduct is required only when a duty to the public is involved.” Quoting the DiMucci opinion, Sherlock emphasized conditions under which a claim can be stated if a benefit is transferred from a defendant to a third party: “The essence of the cause of action is that one party is enriched and it would be unjust for that party to retain the enrichment.”

District 219 then shifted course, arguing count four was deficient because it alleges an express contract by means of restating facts from the earlier counts. Rather than dismissing with prejudice, Sherlock simply edited the count “to remove the offending realleged paragraphs.” With the changes, he wrote there is a stated cause of action for unjust enrichment and granted District 219 until Sept. 26 to answer. A status hearing is set for Oct. 3.

The Foundation is represented in the action by attorneys with the firm of Drinker Biddle & Reath, of Chicago.

Niles District 219 is defended by attorneys with the firm of Franczek Sullivan P.C., of Chicago.