Judge: Groupon must turn over info on employees, hiring, to EEOC for discrimination investigation

Groupon will need to open its doors and computers to federal workplace discrimination regulators, a federal judge has ruled, saying she did not believe the U.S. Equal Employment Opportunity Commission’s demands to pore over potentially large amounts of documents related to Groupon’s hiring practices were excessive, even though the document request came as part of the EEOC’s investigation of a single allegation of racial hiring discrimination against the company.

The ruling came as part of the EEOC’s investigation of a discrimination complaint filed in 2014 by a man identified in the court documents as Adrian Stratton. According to court documents, Stratton had applied for the position of vice president of merchandising at the Chicago-based Groupon. However, after he was not hired, Stratton brought a charge of racial discrimination against the company. 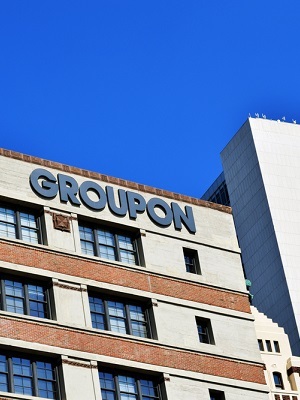 “I believe I have been discriminated against because of my race, Black, in violation of Title VII of the Civil Rights Act of 1964,” Stratton wrote in his official complaint to the EEOC.

The EEOC then notified Groupon in October 2014 of the charge, and launched its investigation, beginning with interviews of the Groupon personnel involved in the selection of candidates for the position sought by Stratton, or who were “familiar with the company’s policies and practices for recruiting and hiring new employees.”

Court documents said Groupon, while denying Stratton’s allegations, cooperated with that request and making those people available for interviews in February 2015.

A month later, however, the EEOC responded with further information requests. Groupon objected, saying the request was “overly broad,” and supplying “information it deemed directly related to the hiring” of the position Stratton had sought.

In June 2015, the EEOC issued its subpoenas, requesting a range of information and documents, including a database of all employees, broken down by race and how they were hired; a database of all job applicants at Groupon, also broken down by race; information on how Groupon advertises and recruits for its job openings; and access to Groupon’s headquarters, including all employee work and break areas and all computers and software Groupon uses to support its “hiring and recruiting processes,” among others, since January 2014.

Groupon asked the court to either revoke or modify the subpoenas, and the EEOC backed off its demands for access to the employee work and break areas at the headquarters, and requested only “screenshots of screens viewed by the investigator … and testimony from the one recruiter who provides the tour of Groupon’s software related to hiring and recruiting.”

In February 2016, Groupon reportedly responded by providing the EEOC “with application materials submitted for the Vice President of Merchandising position,” but none of the other materials requested by the subpoenas, prompting the EEOC to ask the judge to order Groupon to comply.

In her decision siding with the EEOC, Ellis said Groupon has failed in arguing the EEOC’s requested information is irrelevant to the investigation, because that information is “beyond what is ‘necessary to investigate the single hiring decision for the Vice President of Merchandising.’”

“Necessity is not the same thing as relevance, and there is no requirement that information sought be ‘necessary’ to enforce an administrative subpoena,” the judge wrote. “The Court’s review of the application is sharply limited and summary in nature; the Court is not empowered to determine which information sought is necessary to the investigation versus just merely relevant.”

Ellis also rejected Groupon’s assertion that the request would place too great a burden on the company, even though the company noted the EEOC is demanding detailed information on 1,900 employees and at least 25,000 job applicants, and the company estimated filling that information request “might take four months and would require hiring three to five temporary employees and five to 10 hours per week from a current Groupon employee to assist.”

The judge said she believed the information sought by the EEOC is not either “tangential or marginally relevant” to the investigation, but “the evidence is very likely to cast light on whether Stratton suffered discrimination.”

Further, she did not believe the task of complying with the subpoenas would be too great for a company that already employs 1,900 people.

“Race discrimination continues to be a matter of grave public concern,” Ellis wrote. “Groupon’s assertion that compliance with the subpoenas would be burdensome fails to overcome this presumption.”

Groupon was represented in the action by attorneys with the firm of Seyfarth Shaw, of Chicago.