Advocate, NorthShore continue to push for merger, despite 7th Circuit decision against them

CHICAGO – Advocate Health Care and NorthShore University Health System have declared, despite an appeals court ruling against their proposed merger, they will still seek to merge.

The Federal Trade Commission (FTC) and the State of Illinois were asking for an injunction against the merger. The FTC has said if the two systems were allowed to combine their organzations, it would lead to higher costs to patients and also be unfair to others in the industry. 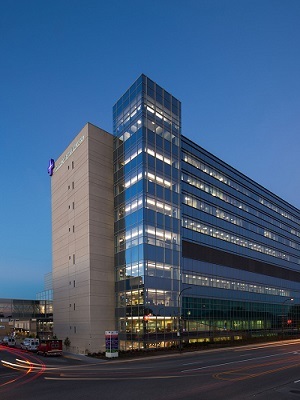 In a statement on their website, NorthShore has said that combining the two systems, “will create a patient-centered, fully integrated delivery model to serve the Chicago area. By focusing on new heath models, ANHP will work to improve the delivery of care to all of the patients and communities it serves."

The plan to combine Downers Grove-based Advocate and Evanston-based NorthShore would create a body that serves more than 3 million patients a year and would be the 11th largest not-for-profit health care system in the country.

Three judges on the panel of the U.S. Seventh Circuit Court of Appeals have left the decision about the injunction to a lower court.

Christopher Carmichael, a litigation attorney for Holland & Knight, said the case was not likely to land at the U.S. Supreme Court, saying the Seventh Circuit's decision is "very, very similar" to a decision reached in a hospital merger antitrust action favoring the FTC in the U.S. Third Circuit Court of Appeals.

“While they are interesting decisions and they definitely help explain things, they don’t deviate substantially from any existing law, so there wouldn’t really be a reason ordinarily for the Supreme Court to become involved,” Carmichael said. He added that the case would provide a “framework to analyze these types of mergers.”

In its decision, the Seventh Circuit said the merger would “remain enjoined pending the district court’s reconsideration of the preliminary injunction motion.”

Given the ruling, Carmichael said the health systems' willingness to push forward did not appear to have an easy answer.

“It is very difficult to say how they would be approaching it,” he said. “The appellate court's decision indicates they need to focus on the insurance market and the insurance aspect, so I suppose that is what they would be likely doing if they continue in the district court.”

Following the appellate decision, NorthShore issued a statement saying they were disappointed in the ruling.

“We believe that blocking this merger will be a loss to consumers and further underscores the conflicting message with the objectives of the Affordable Care Act," it said. "While our legal teams review the decision, we remain confident our merger would lower costs and improve outcomes for consumers.”

Carmichael said that a change in presidential administrations also was not likely to impact the merger or court actions.

“There have been comments from the president-elect, obviously, that were fairly tough on large mergers in general,” he said. “Certainly the statements that have been issued thus far don’t indicate that there would be any real change in review of mergers in this type of area at this point.”

He also said the FTC was not likely to be affected by a change in administration.

“The FTC has a bit of distance from the administration, from different administrations and different presidents,” he explained, comparing it to the antitrust division, which is housed in the Department of Justice.

“The FTC is a little more insulated and probably less prone to major swings in policy, and that is the agency that is obviously dealing with this currently.”