CHICAGO — A group of Illinois Bible colleges and allied groups are aiming to persuade a federal appeals court that religious colleges should not need a state seal to offer a degree.

Some state education boards have instituted rules blocking Bible colleges from issuing degrees labeled as bachelor’s, master's and doctorate degrees. Instead, these colleges can only give out certificates of completion or diplomas. 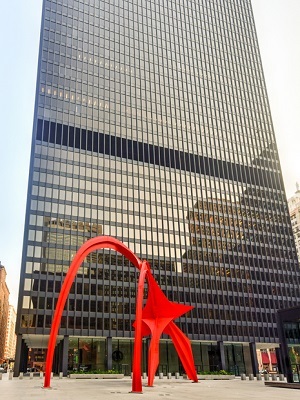 The Illinois Bible Colleges Association (IBCA) has appealed its case against the Illinois Board of Higher Education (IBHE) to the U.S. Seventh Circuit Court of Appeals after a federal judge previously ruled against their case in March 2016.

“The basis for appeal is simple," said John W. Mauck, an attorney for the Chicago law firm representing the bible colleges. "Bible colleges have a right to operate and grant religious degrees without government interference. For example, government does not have authority to determine whether a professor is fit to teach theology."

He pointed to the power that the current system grants to the state.

The IBHE claims that the Bible colleges do not meet the state’s curriculum requirement, so they cannot issue degrees.

The IBCA argues that the state’s Board of Higher Education is violating First Amendment rights by prohibiting the schools from issuing degrees.

“Oversight is control, and the Constitution assures religious autonomy," Mauck said. "Free speech dictates that they should be allowed to call their certificates degrees. When should a reporter be allowed to write what she believes is true?”

There has not been an explicit update on the case since the oral argument, but the legal team feels positive about the case.

“The argument was well received," Mauck said. "They definitely recognized the grounds our clients have. The state is concerned with consumer fraud. However; our degrees are of a religious nature, not of biology or chemistry or other topics that would warrant state approval."

Twenty-two states, including Illinois, regulate religious schools’ ability to grant degrees. The other states do not impose such regulations and schools can call their degrees anything they wish.

This issue however, has only been tackled in one other state.

In 2007, the Texas state Supreme Court ruled in HEB ministries v. Texas Higher Education Coordinating Board that the Lone Star State’s rule requiring approval from the state to grant degrees constituted a violation of the establishment clause.

“One problem, among others, was that the rule allowed the state to approve or disapprove of different kinds of religious instruction,” Mauck said.

In that case, Texas Chief Justice Nathan Hecht concluded: “It is hard to imagine a more active involvement in religious training than by determining whether it meets the comprehensive standards set by the (state) coordinating board, and equally hard to imagine a more direct state sponsorship of religious education than by indicating ... on every academic award whether the state approves the programs of study."

Maucke said the Bible colleges and their lawyers are prepared to the appeal to the U.S. Supreme Court, if necessary.