The people behind a false advertising class action lawsuit that said Johnson & Johnson's Bedtime Bath baby products did not make babies as sleepy as the company claimed are asking a judge to formally approve a $5 million settlement, according to a motion filed Jan. 4.

The settlement would include nearly $1.5 million for attorneys, while the individual plaintiffs would collect service awards of $5,000 each. Members of the class could receive up to $15 each, if they submit eligible claims.

Stephanie Leiner, of downstate Chillicothe, filed a class action lawsuit July 2, 2015, in federal court in Chicago against New Jersey-based Johnson & Johnson Consumer Companies alleging violations of the Illinois Consumer Fraud and Deceptive Business Practice Act and unjust enrichment, among other counts, saying the company misled her and others into buying products the company claimed were clinically proven to help babies sleep better. 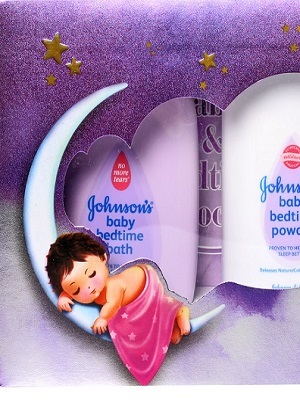 Representing plaintiffs in the action are attorneys from the firms of Stephan Zouras LLP, of Chicago, and Shepherd, Finkelman, Miller & Shah LLP, of Media, Pa., and Ft. Lauderdale, Fla.

Leiner said she and others bought Johnson & Johnson Bedtime Products — specifically, Bedtime Bath and Bedtime Lotion — at a premium price after seeing advertisements claiming such products are “clinically proven” to help babies sleep better. But after using the products in 2014 as part of the company’s recommended three-step nightly routine, she found the products did not help her baby sleep better.

Settlement terms include cash reimbursement related to purchases of disputed products and creation of a $5 million fund to pay class claims, administration costs and legal fees. Class lawyers requested expenses and fees of $1,498,456.

Class members who submit claims supported by documentation could claim $3 for each purchase of a covered product, with a cap of five units, or $15 per customer. Those who can show proof of purchase could file claims for a total of 10 units.

But those figures would be subject to pro rata adjustment based on the number of valid claims filed and the amount in the settlement fund at the time of payment. The motion noted Johnson & Johnson sold roughly 30 million of the products at the heart of the lawsuit, and court documents estimate the class could include as many as 12.9 million consumers.

In arguing for the settlement, the plaintiffs note an expected difficulty in class certification and the fact Johnson & Johnson asserted the people who bought the products “lacked a future injury and therefore had no claim for injunctive relief.” They further acknowledged they would have had to prove the classes were identifiable based on objective criteria and admitted the challenge of proving “commonality on the issue of whether consumers were deceived.”

Since the products that gave rise to the lawsuit cost $1 more than Johnson & Johnson’s other products — though the company contends the premium was, at most, 50 cents — the fact each claimant right now stands to get up to $12.17 “amounts to an excellent recovery,” per the motion.

Any leftover settlement money would be split among two charitable organizations, the Nurse-Family Partnership and Newborns in Need.

Johnson & Johnson is defended by the firms of Sidley Austin LLP, of Chicago, and Carlton Fields Jorden Burt LLP, of Los Angeles and Washington, D.C.