An attempt by sportscaster Erin Andrews to sue a Chicago-based company that managed an online reservation system for a Columbus, Ohio, hotel in which a stalker illegally recorded her from a neighboring room, appears to have ended.

The denial of Andrews’ appeal was posted without comment, except to note Illinois Supreme Court Justice Robert Thomas did not take part in the denial. 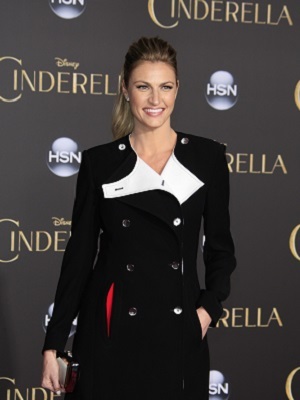 In August, a three-justice panel of the Illinois First District Appellate Court had sided with Preferred in an unpublished order issued under Supreme Court Rule 23. The rule restricts the order’s use as precedent, except under limited circumstances permitted by the rule.

Andrews had sued Preferred over a February 2008 stay at the Blackwell Inn in Columbus, Ohio, during which another guest, Michael David Barrett, was able to video record Andrews, a television personality who worked for sports television network ESPN, inside her room.

The Preferred Group managed the online reservation system for the hotel, which is owned and operated by Ohio State University. Andrews alleged negligence and invasion of privacy relative to Barrett learning details of Andrews’ stay. According to the appellate decision, Barrett called the hotel and asked to be assigned a room next to Andrews. With that request granted, he “retrofitted the peephole on Andrew's hotel room door (and) was able to record video of her activities in the room, including changing and dressing,” which he later posted online.

Andrews argued Preferred should be considered a joint operator of the hotel or that the management group voluntarily assumed a duty of protecting privacy. Preferred’s motion to dismiss disputed both claims. After two years of discovery, Cook County Circuit Court Judge Kathy Flanagan granted the motion to dismiss.

Appellate justices similarly sided with Preferred, saying the evidence did not indicate Andrews booked her stay at the Blackwell through Preferred, nor did Preferred have “access to Blackwell’s guest list or the assignment of hotel room numbers.”

Andrews, however, found much more success in suing Barrett and the owners of a Nashville, Tenn., Marriott hotel where she alleges Barrett also filmed her in her room. In March 2016, a Tennessee jury awarded her $55 million.

According to a report published by Sports Illustrated, Andrews has indicated she will use her experience and her public stature to advocate and lobby for stronger legal protections for victims of stalking.

According to Cook County court records, Andrews was represented by attorneys with the firm of Power Rogers & Smith, of Chicago; Preferred Hotel Group was defended by the firm of Pretzel & Stouffer, of Chicago.