A group of workers whose walkout over unpaid wages all but shut down a troubled Chicago coffeehouse chain for weeks, has sued the owners of the coffeehouses, alleging the employers mismanaged finances, leading them to bounce paychecks, make “unlawful deductions” from workers’ pay for benefits the workers did not receive and to not pay the workers overtime.

On Feb. 27, the group of baristas and other workers filed their complaint in Cook County Circuit Court against Bow Truss Coffee and owners Phil Tadros and Darren Marshall, alleging the company violated various federal and state wage and hour labor laws.

The workers are represented in the action by attorneys Scott Kane Stukel and Colin Cameron, of the firm of Cameron & Kane LLC, of Chicago. 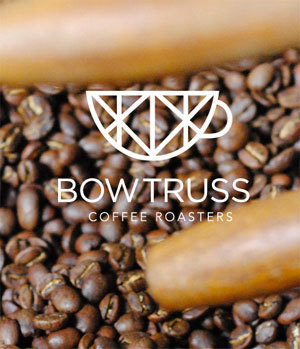 Named plaintiffs in the action include Krystal Smith, Trumaine Hardy, Bryce Lucas, Benjamin Creech, Jeffrey O’Malley, Robert Henry, Ethan Jantz, Chris Cowdrey, Gabriela Campos and Taylor Steele. According to the complaint, each of them worked for Bow Truss as recently as mid-January, earning from $9-$12 per hour at some of the chain’s 10 Chicago coffeehouses.

The complaint centers on the decision of the plaintiff employees and perhaps more than 50 others, who walked off the job in mid-January, asserting they had not been paid by Tadros and Bow Truss.

The walkout effectively closed the coffee shops for the weeks since. According to the complaint, only two of the coffeehouses have reopened.

However, according to the complaint, the walkout merely reflected the final straw among a litany of complaints from employees about their treatment at Bow Truss.

The complaint accused Bow Truss of “routinely” failing to pay its workers on time. And sometimes, the complaint alleged, employees’ paychecks would bounce because Bow Truss lacked the funds in its bank accounts to pay the workers.

Further, the complaint alleged Bow Truss would also “routinely” neglect to pay workers overtime wages they were owed for working more than 40 hours, at least through November 2016.

And the lawsuit accused Bow Truss of taking money from employees’ paychecks, ostensibly for tax withholdings and “various benefit programs,” including health insurance, dental insurance and retirement savings, but not paying “these deductions … towards their described purposes.”

“As a result, Plaintiffs … were not paid their full wages nor able to access their benefits as required by law,” the lawsuit alleged.

The plaintiffs asked the court to make the lawsuit a class action, which would include all others who worked for Bow Truss.

Under these laws, the plaintiffs asked the court to order Bow Truss to pay them three times their unpaid wages; unpaid overtime wages; statutory damages; additional damages of 2 percent of the amount of the unpaid wages, for each month since employees were shorted; and attorney fees.

The lawsuit comes as the latest blow against Bow Truss and Tadros, who is locked in legal battles with former partners, including celebrity investor Marcus Lemonis.

Tadros has sued Lemonis for $26 million for allegedly devising a “fraudulent scheme” late in 2016 and early in 2017 to force Tadros to sell Bow Truss to him “at a rock bottom bargain basement giveaway price” or to “destroy” the business when it wouldn’t sell.

According to the documents, Lemonis’ lawyers sent Tadros a notice of default letter Jan. 13, one day after Bow Truss’ employees walked off the job over their allegedly unpaid wages. Tadros has accused Lemonis of encouraging the employees to walk off the job.

Bow Truss has been represented in his actions against Lemonis by attorneys with the firm of Schain Banks Kenny & Schwartz, of Chicago.

Lemonis’ business, ML Food Group, has been represented by the firm of Neal, Gerber & Eisenberg LLP, of Chicago.