Saying he believed the evidence could suggest the city of Des Plaines discriminated against a local Islamic congregation when it denied their request for a permit to build a new community center in one of the city’s business districts, a federal judge has decided to let the congregation and the city take their legal fight to trial.

On Feb. 26, U.S. District Judge Matthew F. Kennelly rejected requests for summary judgment from the northwest suburban city and the group formerly known as the American Islamic Center, as well as from the federal government. The AIC, a group of Bosnian Sufi Muslims, is now known as the Society of American Bosnians and Herzegovinians.

Each party, with the U.S. Department of Justice siding with the former AIC, had asked the judge to end the lawsuit with a judgment in their favor. 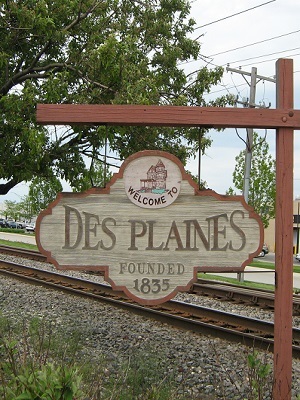 Kennelly, however, said too many key questions in the court fight remain unresolved, meaning the dispute could be ticketed for a trial date.

The legal fight dates back to 2013, when the group then known as the AIC first brought the action against the city of Des Plaines, alleging the city violated their religious rights and discriminated against them in denying the congregation’s request to open the mosque and community center inside a former office building.

The Justice Department joined the action in 2015, intervening on behalf of the Society of American Bosnians.

The former AIC had requested zoning approval for their house of worship after securing a contract to purchase a vacant office building from an insurance brokerage, ostensibly ending a years-long search for a place to open their own mosque and community center. The complaint indicated AIC members, because of their Sufi approach to Islam, believed they were not welcome or that they felt out of place at other mosques in the area where Sufism is not practiced.

Practitioners of Sufi Islam trace the origins of their approach to the religion to its beginning. Adherents place a focus on the spiritual aspects of Islam and a desire for a more pure worship, according to information posted on ReligionFacts.com.

The Des Plaines City Council voted in 2013 to deny the group’s land use request. At the time, city officials used a variety of rationales to deny the AIC, raising, among other objections, concerns over parking, safety of children visiting the mosque for worship and other activities, and concerns over the impact of the new development on nearby businesses.

However, while discussing the city’s reasons, the Justice Department said the city’s decision does not square with federal law, the city’s own zoning codes or prior zoning decisions made by the city regarding houses of worship.

In his decision rejecting the city’s request for summary judgment, Judge Kennelly said the Society had presented enough evidence to potentially persuade others that the city’s zoning denial had discriminated against them under the federal Religious Land Use and Institutionalized Persons Act and violated their constitutional rights.

In particular, the judge pointed to the approach taken by the city to evaluate the proposed mosque’s parking needs. Under other zoning approvals for other religious centers or non-profit clubs, the city had applied ratios spelled out in the zoning ordinance. However, in this case, the city – despite a report from a consultant indicating the Society’s community center wouldn’t add much to the area’s traffic – applied a different standard. The city said it believed the differing, heightened standard was needed because a different Islamic center elsewhere in town had generated much higher traffic than anticipated under the city’s planning ratio, mainly because the mosque did not use fixed seating, like other houses of worship may.

The judge, however, said the city presented no legal justification for applying this different standard.

But the judge said the city also had a case that it was justified to deny the zoning request, citing a “compelling interest” in protecting nearby businesses, whose owners expressed concerns about mixing visitors to the community center – and particularly children - with their trucks and other industrial traffic.

“Certain aldermen and community members emphasized that they would like to see AIC’s center built in Des Plaines but preferred to find an appropriate location,” the judge wrote. “A reasonable factfinder could conclude, based on this evidence, that the City denied the request for rezoning based on legitimate concerns and not based on discriminatory intent.”

The judge said he intended to use a hearing March 1 to set a trial date in the case.

The city of Des Plaines is represented in the action by attorneys with the firms of Ancel, Glink, Diamond, Bush, DiCianni & Krafthefer P.C., and of Holland & Knight, each of Chicago.

The Society of American Bosnians is represented by the firm of Anthony J. Peraica & Associates, of Chicago.