Editor's note: This article has been updated from an earlier version to include comments from Advocate.

A Chicago federal judge has moved to formally block the attempted merger between two of the Chicago area’s largest hospital operators, granting federal regulators’ request for an injunction 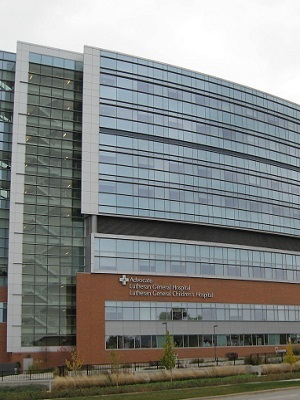 And now the injunction may have proved to be the final straw in the years-long effort to combine Advocate Health and NorthShore University Health System, as the leadership at the hospital systems said they have determined continuing their fight with the Federal Trade Commission would no longer be “worthwhile.”

On March 7, U.S. District Judge Jorge Alonso issued a short order announcing he had granted the FTC’s request for a preliminary injunction against the proposed merger. The judge indicated he had written a memorandum of opinion explaining the order, but had filed that opinion under seal to allow time for attorneys for Advocate, NorthShore and the FTC to review the memorandum for potentially sensitive information.

After the judge issued his order, NorthShore President and CEO Mark Nearman distributed a memo to NorthShore’s employees, announcing NorthShore’s decision to abandon the merger attempt.

“We have determined with the Advocate Health Care leadership that the time, cost and uncertainty of pursuing any additional appeals would not be worthwhile,” Nearman wrote.

Nearman said he believed the ruling reflected the court’s decision to side with “the FTC’s view of the market, namely, that insurance companies’ needs take precedent over direct benefits to consumers.”

In a memo circulated Tuesday to its workers, Advocate similarly said it did not believe it "worthwhile" to continue the court fight. The Downers Grove-based health system, however, did not offer an opinion on the FTC's view or the judge's decision, other than to say it was "disappointed to share the news" of the ruling.

"We have believed since day one that this merger would be a big win for consumers and for health care," said Jim Skogsbergh, Advocate's president and CEO.  "As a health care ministry, we pursued this merger because it aligned with our mission and values to advance care and lower costs for the patients and communities we are so privileged to serve."

Alonso’s decision represented a reversal of a ruling he rendered in June 2016, when he denied the injunction because he did not believe the FTC had “met their burden of showing that there is a likelihood that they will succeed on the merits of their antitrust claims.”

The FTC had challenged the merger in 2015 a few months after Advocate and Evanston-based NorthShore had announced their intentions in 2014. Joined by Illinois Attorney General Lisa Madigan, the FTC had argued the deal would leave area patients – and particularly those in Chicago’s northern suburbs – with little to no competition for their health care dollars, which, the regulators asserted, would cause prices to rise in the region.

In response, Advocate and NorthShore argued the FTC had erred in analyzing the region’s health care services market, particularly in minimizing the competition Advocate and NorthShore face against the rapidly expanding Northwestern Medicine system. In recent years, Northwestern has merged with the former Cadence Health in DuPage and Kane counties, and the former KishHealth in DeKalb. Northwestern has also announced plans to merge with Centegra Health System in McHenry County.

On appeal, however, a three-judge panel of the Seventh Circuit U.S. Court of Appeals said Alonso’s reasoning was flawed, discounting far too much the ability of the proposed new Advocate/NorthShore hospital system to set prices for services in the region and to influence health insurers.

They noted “no evidence” had been presented to show it would be possible to market a health insurance product to employers in the region without offering access to Advocate and NorthShore hospitals.

Alonso’s decision, they said, suffered from “a critical flaw,” focusing “on the patients who leave a proposed market instead of on hospitals’ market power over the patients who remain, which means that the hospitals have market power over the insurers who need them to offer commercially viable products to customers who are reluctant to travel farther for general acute hospital care.”

They returned the case to Alonso for further proceedings.

In his short order, Alonso indicated he had applied the Seventh Circuit’s guidance and findings in now granting the preliminary injunction.

NorthShore was represented in the action by attorneys with the firm of Winston & Strawn, of Chicago.

Advocate was represented by the firms of Drinker, Biddle & Reath, of Chicago, and Hogan & Hartson, of Washington, D.C.