A federal judge has refused a request by a Barrington-based dealer of luxury automobiles to give it the win in the dealership’s ongoing dispute with General Motors over the automaker’s attempt to block the relocation of its Cadillac dealership to Motor Werks’ new auto mall.

Motor Werks, which sought to move its standalone Cadillac dealership in Barrington to a newly renovated auto mall, accused GM of violating the Illinois Motor Vehicle Franchise Act by blocking the move, using as reasoning the auto mall is too close to its competitors. 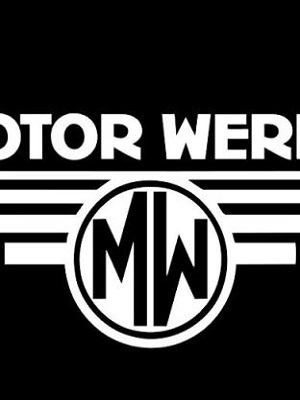 After GM refused to allow the move, Motor Werks filed its complaint against GM in Cook County Circuit Court in December 2013. GM removed the case to federal court in Chicago in January 2014.

“Motor Werks’ interpretation and application of the statute to this dispute has evolved over the course of this litigation,” Shah wrote.

In an earlier motion for summary judgment, Motor Werks said GM had violated the law by failing to offer Motor Werks consideration to comply with exclusivity requirements set forth in its dealer agreement. But it also identified GM’s non-dualing policy — which discourages dealers from selling or servicing non-GM products —as the source of the exclusivity clause.

GM, however, said it only rejected the relocation request and never asked Motor Werks to enter any agreement as a relocation condition. In Shah’s view, GM’s approach did not show how the IMFVA section Motor Werks cited applied to the transaction.

Referencing earlier summary judgment briefs, Shah wrote that “when Motor Werks renewed its agreement with GM in 2012, it necessarily agreed that its ability to relocate its Cadillac dealership was conditioned on the exclusivity of the new facility.” GM did not make exclusivity a direct condition of relocation approval because it didn’t try to renegotiate the 2012 dealer agreement as part of the 2013 relocation request.

In Motor Werks’ second motion for summary judgment, it raised “a new argument that is oddly similar to GM’s original argument” in that it agreed the parties were not changing the terms of the 2012 agreement, Shah said. Instead, Motor Werks was arguing “the statute prohibits exclusive use agreements unless the agreement is new and specific to relocation.”

Shah, however, said that no matter how the IMVFA is positioned, “the undisputed record establishes that Motor Werks accepted the Dealer Agreement and the non-dualing policy.” He could not find support for Motor Werks’ assertion that GM was obligated to disregard the 2012 agreement — only that it could not impose new exclusivity provisions as a condition of allowing the relocation.

GM also presented evidence about how Motor Werks would assemble a new relocation proposal, amid concerns its trademarks would be damaged, but Shah said there is no evidence how Motor Werks will proceed and as such would not consider GM’s concerns about potential Lanham Act violations at this point.

Motor Werks is represented in the action by attorneys with the firms of Bass Sox Mercer, of Tallahassee, Fla., and Hardt Stern & Kayne, of Riverwoods.

GM is represented by the firms of Kozacky Weitzel McGrath P.C., of Chicago, and Jones Day, with offices in Columbus, Ohio, and Chicago.