Four women have joined together to bring a class action complaint against Honda, alleging the passenger cabins in its CR-V line “frequently becomes filled with a harmful noxious gasoline odor.”

Carol Miles, of Chicago, Anne Shapiro, of Hammond, Ind., Mary Mansfield, of Michigan City, Ind., and Kellee Classey, of Ozaukee County, Wis., filed their complaint May 2 in federal court in Chicago against American Honda Motor Co., on behalf of anyone who purchased a CR-V in model years 2015-2017. The women say Honda continues to sell defective CR-Vs “after many consumer complaints … that the passenger cabin frequently reeks of gasoline” and “failed to honor warranties requiring replacement of defective vehicles.”

Calling the odor “intermittent but pungent,” the complaint presumes the class would include thousands of CR-V owners, as the model is “one of the best-selling vehicles in the last decade and numerous individuals have complained online about fumes in the passenger cabin.” The women said the odor “came and went regardless of the outdoor temperature, speed of the vehicle or duration of driving.” 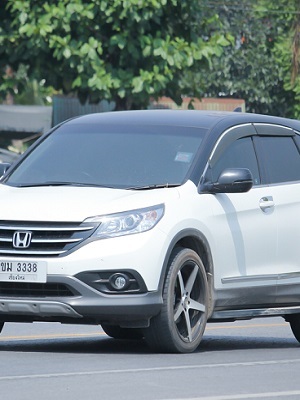 Although the odor issue surfaced as early as July 15, the complaint said, Honda has not issued a recall for CR-Vs or made repairs under the factory warranty, which should extend to three years or 36,000 miles. Some class members, the complaint asserted, heard Honda service center employees acknowledge “a known problem with no known solution,” further stating Honda “has not issued a Technical Service Bulletin about the issue.”

Miles purchased her 2015 CR-V on June 13, 2015, at McGrath City Honda in Chicago, and said she first noticed the fumes on Oct. 18, 2016. She had it serviced at the Continental Honda dealership in Countryside and Ed Napleton Honda dealership in Oak Lawn, and said both were unable to make a full repair.

Shapiro bought hers from Bosak Honda in Highland, Ind., on March 30, 2015, and claimed she noticed the fumes on Jan. 20, 2016. She also took her CR-V to two Honda dealerships for service without success. Classey bought her 2017 CR-V from Wilde Honda in Waukesha, Wis., on Feb. 3, and said she first noticed the fumes on March 17, taking it to the dealer twice for service but not receiving any repairs.

In addition to class certification, the women want the court to bar Honda from future CR-V sales without addressing the defect, as well as compensatory damages and legal fees.