A federal judge has agreed with the National Hockey League and dismissed the complaint brought by the family of a deceased professional hockey player, who died following a purported drug overdose.

In an opinion issued June 5, U.S. District Judge Gary Feinerman said the estate of Derek Boogaard has had three chances to make its case against the NHL, “and those three are enough.”

Originally filed in Cook County Circuit Court, the suit, which also named the NHL Board of Governors and NHL Commissioner Gary Bettman as defendants, alleged the NHL should bear responsibility for Boogaard’s opioid addiction, ultimately resulting in his death from an accidental drug overdose in 2011. 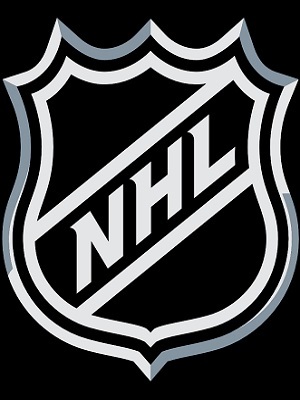 According to the complaint, Boogaard’s family alleged he had become addicted to painkillers while playing for the Minnesota Wild and New York Rangers from 2005-2011. The family alleged Boogaard took “copious amounts of prescription pain medications, sleeping pills and painkiller injections” to help him cope with injuries he sustained after getting into 66 fistfights with opposing players on the ice – a “task he performed” at the urging of the NHL and the franchises for which he played.

The NHL removed the suit to federal court, successfully arguing the Boogaard claims were pre-empted by the federal Labor Management Relations Act. In December 2015, Feinerman granted summary judgment to the NHL, but the family amended the complaint.

At one point Feinerman dismissed counts five through 12 of the amended complaint — holding they were “essentially identical to the first amended complaint’s eight counts … and are therefore completely preempted and time-barred for the reasons set forth in the court’s earlier opinions” — but determined the remaining four were true state law claims. While the estate moved to have the complaint remanded back to state court, the NHL moved to dismiss the remaining four counts, survival and wrongful death claims relating to Boogaard’s fights and how the injuries sustained therein resulted in brain damage, and led to the opioid addiction that ultimately killed him via an accidental Percocet overdose.

While the league continued to argue the counts don’t include state law claims, it said if they were, they would be governed and defeated by the laws of Minnesota, where Boogaard played five of his six NHL seasons, and where he died. Alternatively, the league argued regardless of which state law applies, the estate’s claims are not viable.

In his analysis, Feinerman noted the estate’s opposition brief, for the first time in three years of pleading, invokes New York law.

“In poker, that would be called a ‘tell,’ ” Feinerman wrote. “The NHL’s motion to dismiss advanced compelling arguments for dismissing Boogaard’s claims under Illinois law and particularly Minnesota law, and Boogaard’s extraordinarily belated retreat to New York law is an obvious signal that his lawyers no longer think much of his prospects under Minnesota or Illinois law.”

Feinerman explained Minnesota’s wrongful death law requires claims to originate with a court-appointed estate trustee, and Boogaard’s parents are legally “personal representatives.” They are allowed to file certain lawsuits, he wrote, but “quite clearly lack a viable claim under” the applicable law. Further, the trustee must be appointed within three years of the death, but Boogaard died May 13, 2011.

“Len and Joanne’s inexcusable and inexplicable delay in seeking appointment as trustees has forfeited their ability to do so for purposes of saving Boogaard’s survival claims in this suit,” Feinerman wrote. “Len and Joanne substituted in as party plaintiffs in May 2014, and were alerted to the trustee issue three years ago, in June 2014, when the NHL first argued that Boogaard had no claim because they had not been appointed as trustees.”

Feinerman further rejected the survival claims by noting Minnesota law allows such claims only for parties seeking compensation for injuries when a person’s death is unrelated to the injuries; here the estate’s claim is that Boogaard’s playing career caused the injuries that directly led to his death.

In saying the estate’s complaints failed to contain viable claims under any state law, Feinerman wrote the estate “utterly and inexplicably failed to address” the NHL’s assertions there was no plausible allegation of breach of its duty. He refused the request to remand to Illinois court citing several reasons, notably the resolution of the state law claim is “clearly apparent.”

Feinerman dismissed the remaining claims with prejudice, but concluded with a caveat for similar cases involving other former players:

“Although judgment is entered in the NHL’s favor, this opinion should not be read to commend how the NHL handled Boogaard’s particular circumstances — or the circumstances of other NHL players who over the years have suffered injuries from on-ice play.”

Boogaard’s family is represented in the action by the firms of Corboy & Demetrio, of Chicago, and Kellogg, Huber, Hansen, Todd, Evans & Figel, of Washington, D.C.

The NHL and its officials are represented by the firms of Proskauer Rose, with offices in New York and Chicago.