A federal judge in Chicago has shredded, for now, a block of class action lawsuits that piled up last year against Kraft, Walmart, Target, the parent company of Jewel Food Stores and others over the contents of their grated Parmesan cheese, saying he did not believe the plaintiffs could prevail in asserting the containers of “100 percent” cheese were deceptively marketed.

In June 2016, the federal Panel on Multi-District Litigation consolidated 16 class action cases, and perhaps nearly three dozen more “tag-along” actions, all filed in federal district courts across the U.S., into a single docket. The judicial panel selected U.S. District Judge Gary Feinerman of the Northern District of Illinois in Chicago to preside over the cases.

In response to the lawsuits, the defendant companies asked the court to dismiss them, saying the suits can’t withstand legal scrutiny. 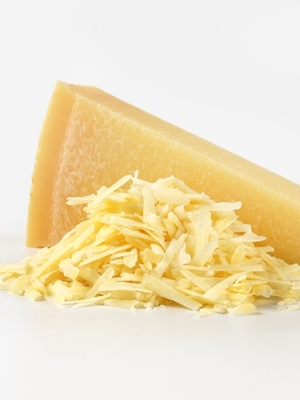 In an order issued Aug. 24, Feinerman agreed. He determined the plaintiffs do have standing, but agreed with defendants that they failed to state a claim.

The complaints arose in the wake of a Feb. 16, 2016, Bloomberg News article explaining common ways cheese manufacturers allegedly doctored grated hard Italian cheeses to offset their expense. The article said the news agency sent samples of several brands of Parmesan cheese to “an independent laboratory” for testing. According to the story and the lawsuit, tests indicated the Kraft cheese contained 3.9 percent cellulose, a common food additive derived from ground wood chips.

Bloomberg also said Walmart’s store brand Parmesan contained as much as 7.8 percent cellulose. The FDA has approved the use of cellulose as a filler, in quantities up to 4 percent. The lawsuits conceded Kraft’s product may contain a legal amount of cellulose, but argued the company misleads consumers by advertising the product as pure Parmesan cheese.

Feinerman wrote that, to survive the motion to dismiss, the plaintiffs would have to “allege conduct that plausibly could deceive a reasonable consumer.” His analysis focused on the fact that all the products in question incorporated both the phrase “100% Grated Parmesan” and also ingredients listings clearly stating what other elements each package included.

“The crucial issue is whether the misleading content is ambiguous,” he wrote. “If so, context can cure the ambiguity and defeat the claim, but if not, then context will not cure the deception and the claim may proceed. … Although ‘100% Grated Parmesan Cheese’ might be interpreted as saying that the product is 100% cheese and nothing else, it also might be an assertion that 100% of the cheese is parmesan cheese, or that the parmesan cheese is 100% grated.”

Since any reasonable consumer, he continued, could address that ambiguity by looking at the ingredient list on the label, the “labeling and marketing, when viewed as a whole, thus are not deceptive.” He said reasonable consumers would understand cheese is not shelf stable at room temperature, which is how grated Parmesan is sold.

Feinerman said the plaintiffs’ express warranty and implied warranty of merchantability claims suffer the same defect, and given those conclusions, the plaintiffs are unable to advance a successful unjust enrichment claim because no reasonable consumer would think defendants offered anything other than what their labels promised.

The motions to dismiss were granted without prejudice, as Feinerman gave plaintiffs until Sept. 14 to amend the complaints. Should they not, the dismissals will convert to with prejudice.