PepsiCo has become the latest soft drinks vendor to be accused of not properly collecting Cook County’s new so-called “pop tax,” after a Chicago law firm which has already sued 7-Eleven, Subway and Jewel-Osco, also filed suit against PepsiCo, saying the food and beverage giant should be made to pay for allegedly forcing customers to pay the county tax on bottled water purchased at Pepsi-branded vending machines.

The lawsuit alleges Williams bought bottles of Aquafina-brand bottled water “from various PepsiCo vending machines in Cook County,” and was charged 25 cents in tax for each $2 bottle of water he purchased. 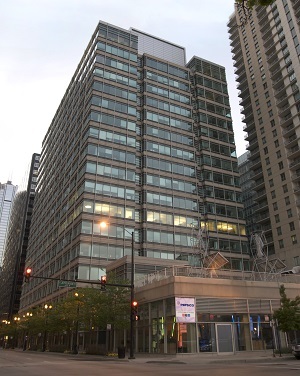 The lawsuit alleges the tax was applied to all beverages sold in all Cook County Pepsi vending machines at the direction of PepsiCo to comply with the county’s 1-cent-per-ounce sweetened beverage tax. However, the lawsuit notes the water, which contains no sugar or other sweeteners, should not be taxed under the county ordinance.

The plaintiffs asked the court to order PepsiCo to “change the … vending machines’ software systems to properly assess the sweetened beverage tax,” and award “actual damages” and attorney fees.

The lawsuit asks the court to expand the action to include everyone “who purchased an unsweetened beverage from a PepsiCo vending machine in Cook County … and were charged and paid a sweetened beverage tax.” According to the complaint, the plaintiffs believe that class could include “thousands of people.”

The lawsuit comes as the third such action brought by the Zimmerman firm since the Cook County soda pop tax took effect at the beginning of April.

The tax had been enacted in November 2016 by the Cook County Board of Commissioners, at the urging of Cook County Board President Toni Preckwinkle, who cast the deciding vote, breaking a deadlock on the board.

Supporters of the tax say it would bring in about $200 million per year to help the financially-struggling county government maintain services, and would help reduce obesity and other public health concerns in the county by reducing consumption of soda pop and other sweetened beverages.

Opponents of the tax, however, have said the levy would add a large burden to the grocery expenses of ordinary families, and would hit retailers in the county hard, as county residents would simply go outside Cook County to buy the beverages they had purchased at Cook County supermarkets and convenience stores. Further, they said the manner in which the tax ordinance was crafted would lead to legal headaches for retailers, who would need to invest large amounts in reconfiguring their register systems to account for the tax, while opening retailers to lawsuits.

In rejecting a legal challenge to the tax earlier in late July, Cook County Circuit Judge Daniel Kubasiak had brushed aside those lawsuit concerns, agreeing with the county’s position that such worries were “merely speculation.”

Since the tax took effect, however, seven class action lawsuits have been brought against retailers, restaurants and vendors. Previous lawsuits were brought against Walgreens, 7-Eleven, McDonald’s, Subway, Jewel-Osco and Circle K.

The Zimmerman firm filed the lawsuits earlier this month against 7-Eleven, Subway and Jewel-Osco, asserting those retail chains improperly collected the tax in various ways.