When eating a bag of gummy candy, every calorie – or every 10 calories – should count, according to a class action lawsuit brought by a man who claims the Wrigley company should pay for stating on the front of the bag in which it sells its Starburst-brand Sour Gummy candies that the candy contains 10 fewer calories per serving than it states in the nutrition content panel on the bag’s backside.

Wrigley, the lawsuit said, has “designed their packaging deceptively in order to conceal the true caloric value from the front of the package which consumers such as Plaintiff are more likely to consider in advance of their buying decision.” 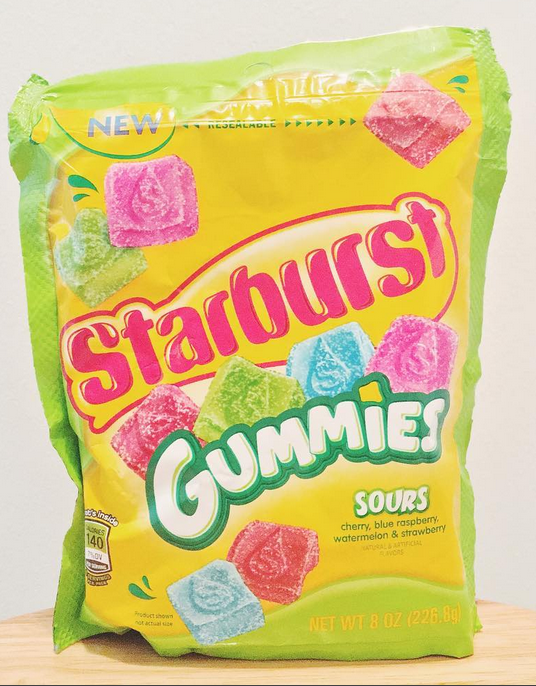 The lawsuit centers on a purchase Tyksinski purportedly made sometime in 2017, when he bought a bag of Starburst Gummies Sours from an unidentified retail pharmacy in Chicago, according to the complaint.

The lawsuit asserts Tyksinski purchased the candy, in part, because the front of the bag indicated the product contained only 130 calories per serving. The government-regulated nutritional information panel on the back of the bag, however, indicated the candy actually contained 140 calories per serving, or about 60 more calories per package than was advertised on the front of the package. A serving of the candy is about 10 pieces, according to that nutritional label.

The plaintiffs asked the court to expand the lawsuit to include a class of additional plaintiffs from throughout the U.S., and a special “subclass” of Illinois residents, who “purchased a product manufactured by Defendants that was labeled on the front of the packaging as containing fewer calories per serving than the amount identified on the back of the packaging.”

Tyksinski and his attorneys alleged the mislabeling violates the Illinois consumer fraud law and the state’s Food, Drug and Cosmetic Act.

Attorneys for the plaintiffs include Myles McGuire, Eugene Y. Turin and David L. Gerbie, of the McGuire firm.

Want to get notified whenever we write about McGuire Law PC ?

Sign-up Next time we write about McGuire Law PC, we'll email you a link to the story. You may edit your settings or unsubscribe at any time.