Cook County repeals 'pop tax,' but lawsuits it spurred are still pending - though perhaps not for long

The Cook County “pop tax” will soon be a thing of the past, after the Cook County Board buckled to public pressure and repealed the widely panned and unpopular penny-per-ounce tax on soda and a wide range of other sweetened drinks.

But in the meantime, judges in Cook County and Chicago federal courts have been left to deal with the lingering after effects, as they preside over a slew of class action lawsuits filed against supermarkets, convenience stores and restaurants over allegations they improperly collected the tax from customers.

On Wednesday, Oct. 11, the Cook County Board of Commissioners bucked Board President Toni Preckwinkle, voting overwhelmingly to can the tax after just two months of collections. The tax would officially be repealed Dec. 1. 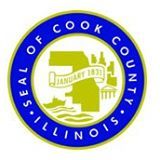 While the ordinance establishing the tax was approved in late 2016, the tax didn’t take effect until August, after county officials took months to write the rules governing the collection of the tax and a group of supermarket operators and the Illinois Retail Merchants Association trade group sued the county to prevent the tax from taking effect.

During court proceedings over that lawsuit, the retailers urged the judge to consider the impact on the businesses required to collect the tax, saying the county’s shifting rules would leave shopkeepers exposed to class action lawsuits. A Cook County judge brushed aside those concerns, however, and dismissed that legal challenge. The case is now on appeal.

In the roughly two months since the tax took effect, public reaction to the implementation of the tax was swift, with Cook County retailers reporting beverage sales declines of as much as 40 percent and polls showing more than 85 percent of county residents opposed to the tax.

However, at the same time, several Chicago class action plaintiffs law firms also rushed to court with class action lawsuits. The first such suits were filed within days, and continued to be filed into the first week of October.

Among the latest of such suits, on Oct. 3, lawyers with the firm of Zimmerman P.C. filed another class action against supermarket chain Save-A-Lot, this time on behalf of named plaintiff Mark Wallace. The lawsuit alleges Wallace was charged the tax on 32-ounce bottles of unsweetened fruit juices he bought at Save-A-Lot stores in Cook County, costing him 32 cents too much on each bottle purchased. The lawsuit alleges Wallace asked the stores to refund the tax, but was told the tax collections were programmed into the store’s sales register systems, and “there was nothing they could do at the retail store to override it.”

The lawsuit accuses the supermarket group of violating the state’s consumer fraud law, and asks the court to order Save-A-Lot to pay attorney’s fees, plus actual damages to everyone who had paid the tax on such juice purchased.

The lawsuit, however, is just the latest example of the flurry of class action suits brought in the county since the first week of August. The Zimmerman firm has been responsible for a number of those lawsuits, including actions against KFC corporate parent Yum Brands, 7-Eleven, Jewel-Osco and PepsiCo.

Other firms have also brought class actions alleging improper collection of the sweetened beverage tax against Walgreens, McDonald’s, Circle K and the corporate parent of the Subway sandwich shop chain. Subway has removed that lawsuit to federal court. Nearly all the cases remain pending either in Cook County or federal courts.

However, what will happen with those lawsuits now that the ordinance has been repealed remains an open question.

David Almeida, a Chicago attorney who serves as co-chair of the class actions practice group and chair of the retail, hospitality and consumer package goods industry team at the firm of Benesch Friedlander Coplan & Aronoff LLP, said he expects “the repeal to greatly tamp down the interest in these lawsuits,” for two reasons.

First, he said, the “potential ‘damages’ are very low to begin with.” Since the suits typically involve alleged violations amounting in many cases to mere pennies per transaction, Almeida estimated total damages per class action could amount to just a few thousand dollars.

“At the end of the day, lawsuits over pennies are going to cost the plaintiffs’ bar more than they can possibly hope to recover litigating them,” Almeida said.

Further, he said, the repeal sets a firm deadline on when these lawsuits can be filed, ending “the possibility of future cases.”

“The repeal does not retroactively impact any pending litigation,” Almeida said. “It does, however, indicate that the flood of cases will quickly dry up.

“And, while the cases that have already been filed will likely continue … we anticipate the repeal will incentivize quick resolutions.”

In the meantime, businesses will still have to simply eat the thousands of dollars of expenses they’ve already incurred in adjusting their sales registers and other systems to  accommodate the collection of the tax, and then resetting them to their pretax settings later this year.

Rob Karr, president and CEO of the Illinois Retail Merchants Association, declined to comment on the pending lawsuits against the retailers and restaurants. But Karr said the lawsuits should prove a lesson to governments in the future of the real threat posed by exposing their businesses to litigation under taxes and regulations.

“Clearly, the fear the lower court dismissed out of hand has proved true,” Karr said. “I hope this will encourage governments to give a little more consideration to these types of concerns faced by our businesses.”