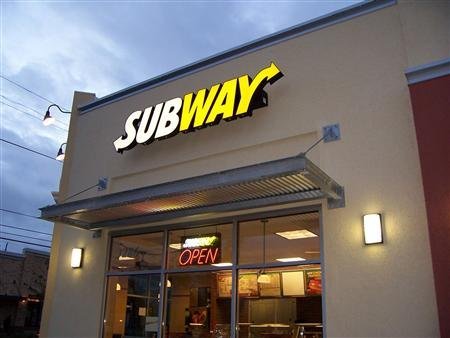 A Subway franchisor has asked a Chicago federal judge to dismiss a lawsuit alleging violations of the Illinois Consumer Fraud and Deceptive Business Practices Act in connection with a sweetened beverage tax.

Doctor's Associates Inc. is seeking to have the complaint dismissed for lack of personal jurisdiction.

According to the Aug. 18 complaint, Cook County approved and enacted a sweetened beverage tax in November 2016. DAI alleges that after the tax went into effect, Charles Drake and Mario Aliano worked together on a plan to file a lawsuit over the tax.

In the wake of a protracted legal battle, Cook County began collecting the tax Aug. 2. The tax rate is 1 cent per ounce on the sale of soda, sweet tea and other sweetened beverages sold in the county.

In response to massive public pressure, the Cook County Board of Commissioners voted to repeal the tax, effective in December. However, there remain several lawsuits pending against retailers, restaurants and others accused of improperly collecting the tax.

In their case against Subway, Drake and Aliano maintain unsweetened tea doesn’t contain sweeteners and is therefore exempt from the tax. However, they allege in their complaint that Subway’s system added the tax to the purchase of beverages, whether or not the beverage is sweetened.

The pair further allege that because Subway can’t control how the tax is applied, they are prevented from purchasing unsweetened tea without having to pay the tax.

According to DAI's Sept. 22 motion to dismiss, the pair allegedly visited several local Subway franchise locations to purchase fountain cup drinks. They planned to fill them with unsweetened tea, which would pave the way for them to file a putative class action suit, which was filed 16 days after the tax was enacted, the company says.

Drake and Aliano filed the complaint as a putative class action seeking to represent “all persons who purchased an unsweetened beverage from a Subway store in Cook County, Ill., and were charged and paid a sweetened beverage tax.”

DAI contends the pair then alleged that they were assessed the sweetened beverage tax on the purchase of their fountain drink cups. They claimed that they later decided to fill the cups with the unsweetened tea from a self-service beverage dispenser.

The men also filed the complaint against DAI even though they are the franchisor and the Subway restaurants that they patronized were franchisee-owned, the motion to dismiss states.

DAI also pointed out in its statement that the collection of taxes is the responsibility of the franchisee and the company maintains that it is not responsible for alleged improper assessment of the tax by two independent franchisees.

Citing Walden v. Fiore, DAI states that Drake and Aliano come up short in alleging any intentional conduct forging a connection with the state.

DAI also maintains that jurisdictional discovery should not be allowed in the case.

Drake and Aliano also failed in their complaint to identify the Subway locations they visited. Instead, they only cited DAI, the motion states.

Drake and Aliano are seeking damages, attorney’s fees and cost and are seeking a jury trial. They are represented by Zimmerman Law Offices P.C. in Chicago.

Editor's note: This story was first published in our sister publication, Legal Newsline.